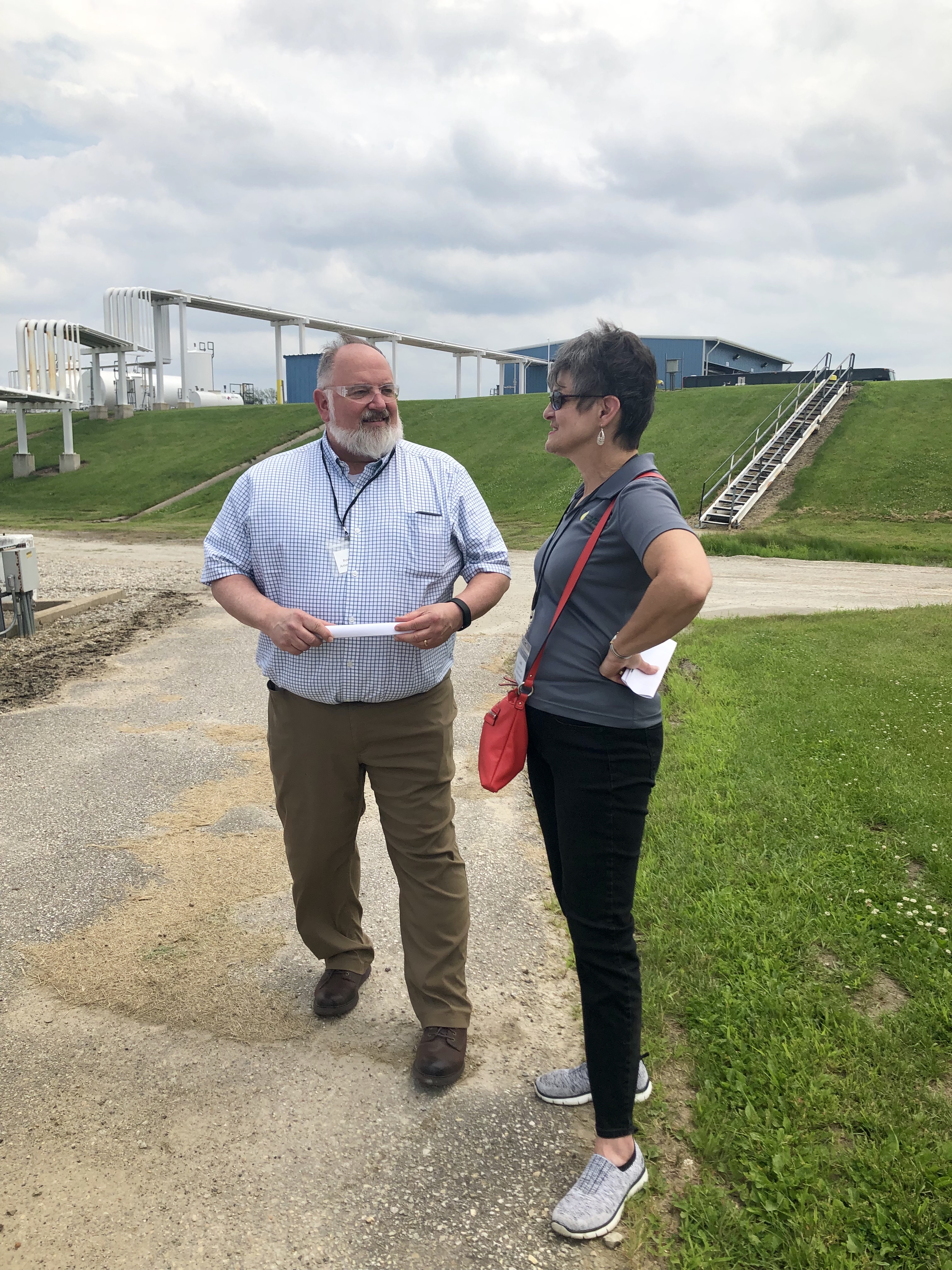 Since ACE created its Market Development program nearly 20 years ago, our approach has been to connect prospective ethanol retailers (whether they knew they were prospective or not) with other retailers and marketers who had already increased their volumes and profits by adding higher ethanol blends to their fuel slate. It’s the same approach we’re taking as we help develop a larger ethanol market in Mexico. Much like when we introduced E10 to U.S. markets outside the Midwest, I have been traveling to Mexico to take part in 11 technical ethanol workshops put on by the USGC, mainly explaining “the math” of how ethanol can raise octane and profit margins while lowering the cost of fuel for retailers and their customers – hopefully sparking the imagination of Mexican “gasolineros,” or at very least, inspiring some curiosity.

ACE co-hosted a tour with the IRFA July 8-11, 2019 to bring curious Mexican fuel marketers and suppliers to Iowa to make the imaginary fuel more real for them. The week's events exceeded our expectations. We originally planned to show them pumps, tanks and equipment that look just like theirs, to prove what we’ve been saying in workshops: Mexican fueling equipment is probably already compatible with E10. Beyond that, our guests got a tour of the entire supply chain from corn in the field to ethanol blends at the gas station pump and the ethanol plant, pipeline and fuel terminals in between. We wanted this tour to end any lingering doubt these marketers might have about implementing ethanol blends in Mexico, and it looks like we accomplished that goal. By the end of the week, discussions were focused on how stations can get ethanol as opposed to whether they can actually store and sell it.

After seeing stations and equipment just like theirs being used to sell E10, and hearing station operators say they’ve sold ethanol profitably for decades without any issues, some who attended plan to do tests in the next several months, and when those tests go well, we’ll encourage those marketers to share their success stories with peers in Mexico (See the pattern here? Real “Circle of Life” stuff, right?). Any change is hard, but we're hoping ethanol’s business opportunity and the strong entrepreneurial spirit of our Mexican guests will combine to open big, new ethanol markets in Mexico. Ethanol is cheaper than gasoline, and petroleum marketers know people shop for fuel by cost. We want to see the people we met on this tour offer ethanol-blended fuel in their stations and make a lot money doing it. And when their competitors figure out why they’re getting their el culo kicked on the street, they’ll be looking to buy ethanol, too.

Hopefully on one of my upcoming trips to Mexico I’ll see businesses doing better because a few retailers came up to Iowa, saw what a great product ethanol is, and learned they could sell a cleaner, higher octane fuel to their customers at a lower price, just like we did in the U.S.

That’ll be a good reason for us to knock back a few cervezas.