A February 2022 report released in the Proceedings of the National Academy of the Sciences (PNAS) by Tyler Lark and other authors brought to life several misrepresentations on the environmental outcomes of the Renewable Fuel Standard (RFS). American Coalition for Ethanol and Dakota Ethanol Board Member, and Corn Farmer, Ron Alverson, corrected three, key misrepresentations in the study, and provides further analysis on the major points of contention in the following rebuttal utilizing industry resources and historical data.

For more technical comments in response to Lark et al., read those released 3.21.22 by the Department of Energy's Argonne National Labratory - CLICK HERE. 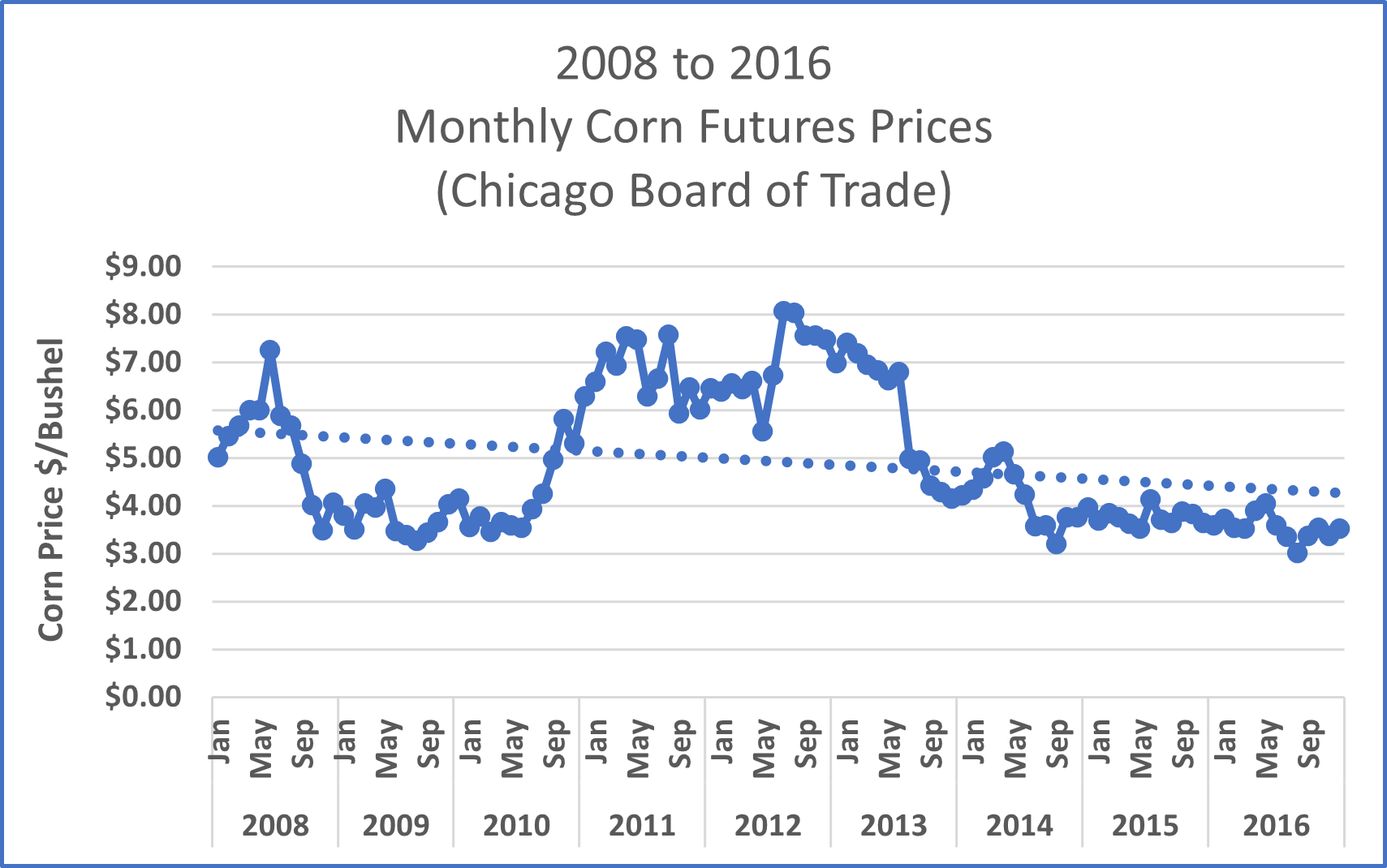 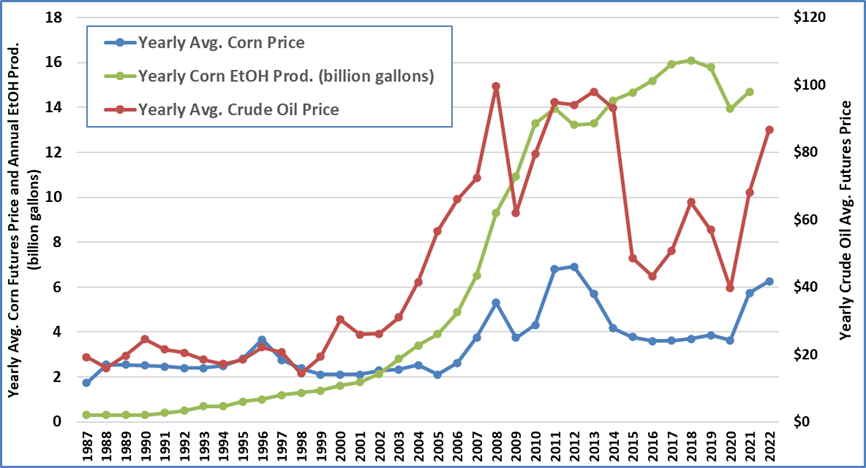 Correlation of corn price to crude oil price was also noted in this research paper: www.sciencedirect.com/science/article/abs/pii/S0961953419300911

Fact: USDA NASS cropland planted data indicate little change as illustrated in the above chart.  Furthermore, the Renewable Fuels Association (RFA) and many others have pointed out the use of satellite images to determine Land Use Change (LUC) have proven to be inaccurate. 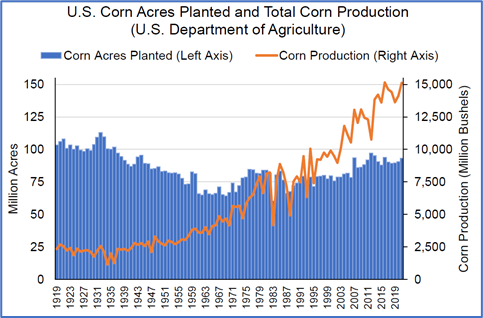 Fact: However, the Poeplau et al. global meta-analysis (cited by Lark) found that total SOC losses when grasslands were converted to croplands (45 studies) were 36 megagrams SOC before reaching a new equilibrium.

Furthermore, the 45 studies cited by Poeplau et al. represented grassland conversions to cropland that occurred decades ago when crop production practices and yields (intense tillage and low yields/carbon returns to soil from crop residues and roots) were a fraction of today.

When grasslands are converted to cropland in recent years, SOC losses are minimal due to reduced tillage and higher yields/residue and root carbon additions.

These data indicate that if indeed there has been 1.71 million hectares of recent grassland to cropland LUC, SOC losses have been a small fraction of Lark et al. estimations

Fact: As RFA has pointed out, the Conservation Reserve Program statutory acreage cap has been reduced multiple times since 2009: 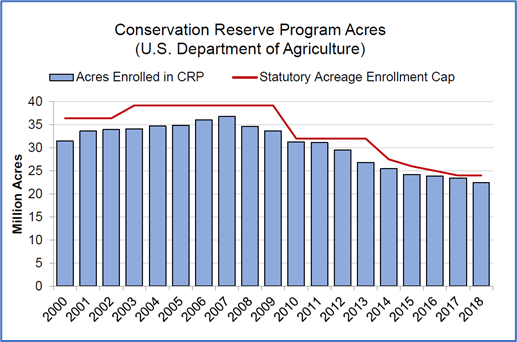 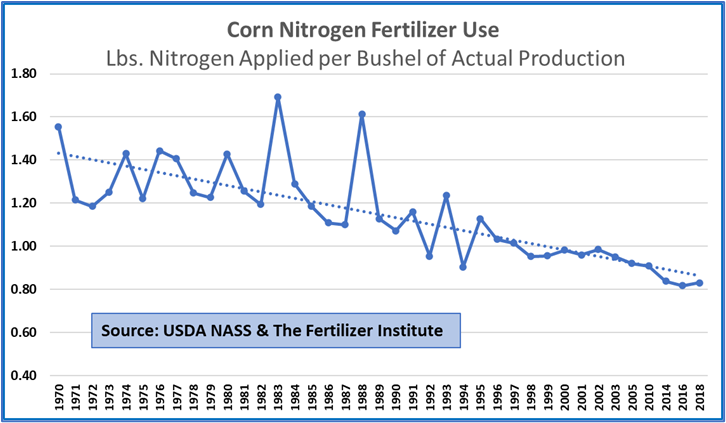 Nitrogen Fertilizer Prices have increased more than 800% since 1970, driving down application rates. 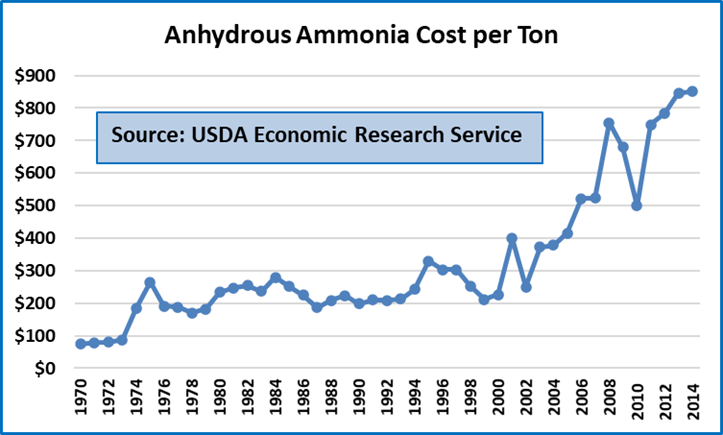