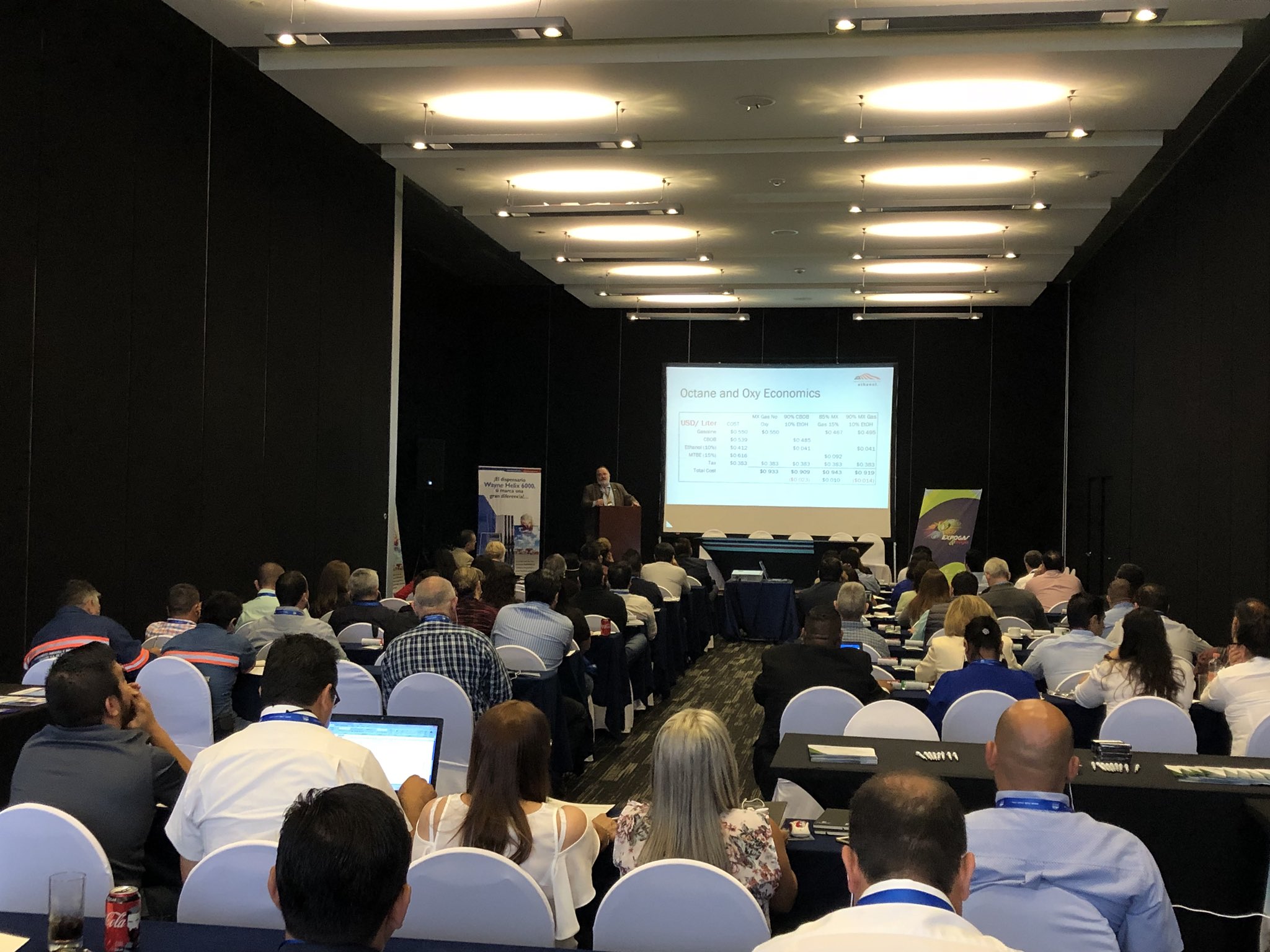 Sioux Falls, SD (April 19, 2018) –American Coalition for Ethanol (ACE) Senior Vice President Ron Lamberty returns to Mexico this week for the second time this spring to speak at a meeting of Mexican petroleum equipment installers and retailers in Monterrey about equipment compatibility and other practical considerations when switching over a station to offer E10 for the first time. This meeting is part of a U.S. Grains Council series of technical workshops to address questions from local station owners as Mexico’s transportation fuel sector continues to evolve.

“Some of the station owners in Mexico have the same entrepreneurial spirit the splash blenders had back when ethanol was first being introduced in the U.S.,” Lamberty said. “For the first time in their lives, these marketers are free to buy fuel from someone other than the state-owned oil company. Now, on top of that, we’re introducing them to opportunities ethanol can provide to them. Everything from offering lower cost, higher quality fuels, to becoming a splash blender and actually competing with the oil company that ran their lives for so long. It’s pretty exciting to play a role in the transition to E10 in Mexico.”

The USGC is conducting the workshops throughout Mexico in conjunction with AMPES, the Mexican association of service station equipment providers. The first workshop Lamberty spoke at was held earlier in April in Tijuana. The sessions focus on questions that have emerged about using ethanol following changes in Mexican law that took effect in June 2017 that allow up to an E10 blend outside of three major cities (Monterrey, Mexico City and Guadalajara).

Last year at the request of USGC, Lamberty traveled to Guadalajara, Mexico, to meet with members of Association Mexicana De Empresarios Gasolineros (AMEGAS), Mexico’s largest group of gasoline station owners, to discuss challenges and opportunities with offering ethanol blended gasoline. Lamberty emphasized how retailers can make money and the practical implications of implementing and selling up to E10 blends. As ACE gets more actively involved in export promotion, the organization will continue to work with USGC to provide information to retailers and others who want to sell more ethanol.