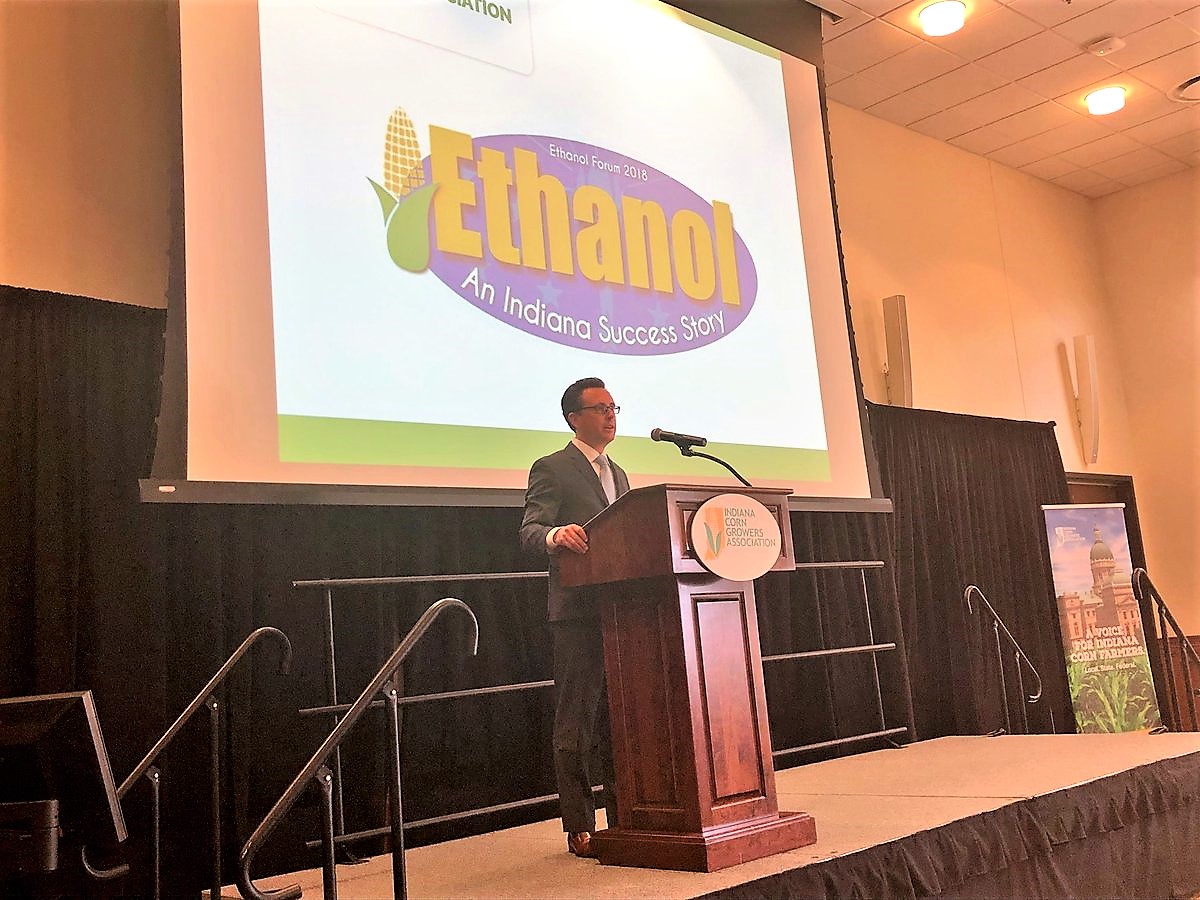 Sioux Falls, SD (May 17, 2018) – The American Coalition for Ethanol (ACE) CEO Brian Jennings is keynoting the 2018 Indiana Ethanol Forum today in Indianapolis, Indiana, providing a state of the industry update to those in attendance and sharing what ACE and its allies are doing to expand market access for ethanol.  The theme of this year’s Ethanol Forum, organized by the Indiana Corn Growers Association, is “an Indiana success story” and will bring together several ethanol plants, fuel retailers, ag and ethanol industry leaders, as well as state government representatives and congressional staff.

“It’s my pleasure to address the leaders of Indiana who have played an integral part of ethanol’s success story,” Jennings said. “Part and parcel to the industry’s achievements is the Renewable Fuel Standard, introduced by visionary leaders such as Indiana’s own Senator Lugar to tackle America’s dependency on foreign oil by increasing the use of ethanol and biodiesel here at home. In the 10 years since the RFS was enacted into law, our dependence on foreign oil and greenhouse gas emissions from motor fuel have steadily declined.”

“While the RFS helped spur an incredible economic resurgence in rural America, farmers are once again reeling from oversupplies and low corn prices,” Jennings added. “Plenty of work lies ahead as we work to convince elected leaders to provide greater market access to higher blends of ethanol, but I firmly believe the ethanol industry’s best days lie ahead.”

This year, several of Indiana’s 14 ethanol plants are celebrating 10-year anniversaries, including ACE member Cardinal Ethanol’s 100 million-gallon-per-year plant in Union City, Indiana. “ACE congratulates Cardinal and other companies that have reached this significant milestone in the fifth-largest ethanol producing state in the nation,” Jennings said. “Thank you, Cardinal, for your support and active involvement in ACE.”