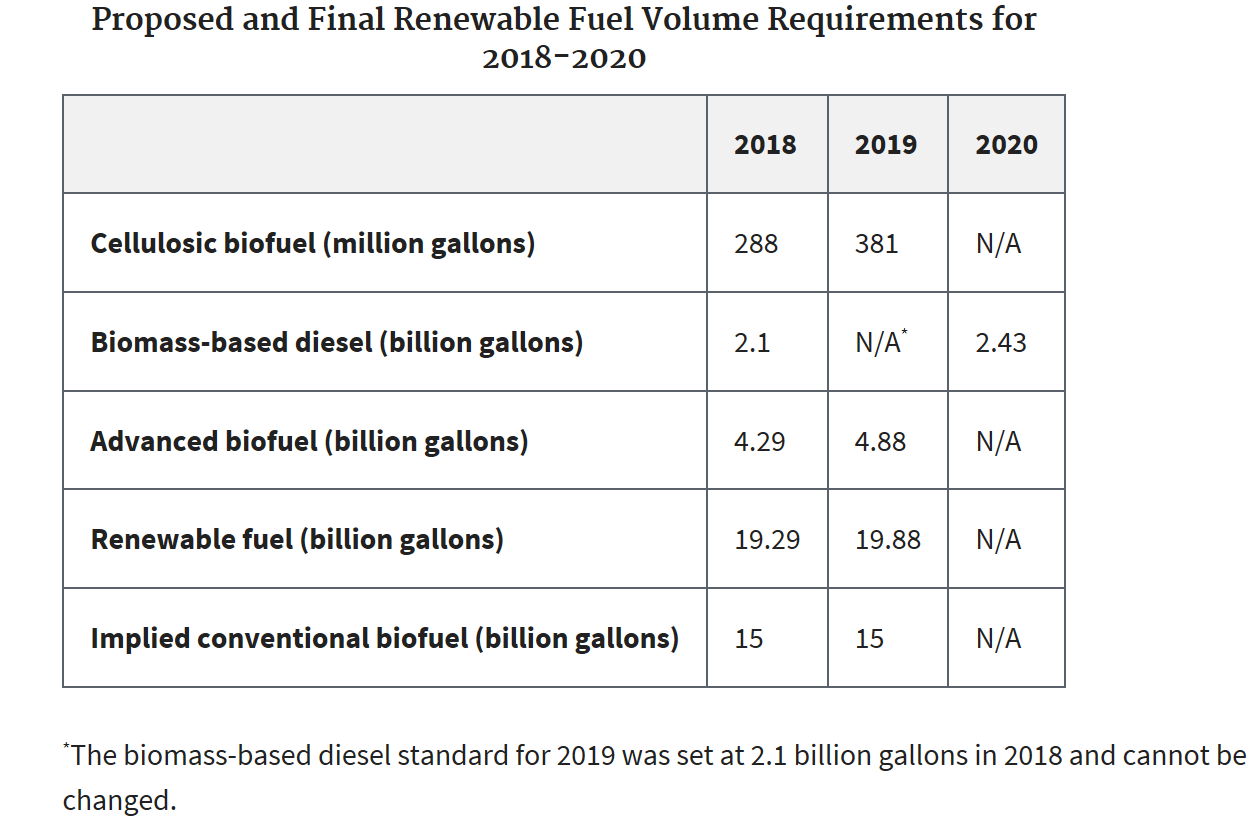 “While EPA says it is proposing to maintain the 15-billion-gallon conventional blending target for 2019, in reality Administrator Pruitt’s ongoing actions will reduce ethanol blending far below 15 billion gallons. This is a missed opportunity to reallocate the 1.5 billion gallons Administrator Pruitt has waived through Small Refinery Exemptions and to restore the 500 million gallon shortfall the D.C. Circuit Court ordered EPA to deal with following the Americans for Clean Energy et al v. EPA lawsuit.

“Administrator Pruitt continues to disregard President Trump’s campaign promise that ‘the EPA should ensure that biofuel blend levels match the statutory level set by Congress under the RFS.’ The 2019 proposed RVOs reinforce our decision to challenge certain Small Refinery Exemptions in Court and to petition EPA to account for lost volumes of renewable fuel resulting from the unprecedented number of retroactive Small Refinery Exemptions granted by the agency.

“A strong rural economy depends upon growing the use of renewable fuels. The President needs to direct Administrator Pruitt to discard EPA’s refiner win-at-all-costs mentality and carry out another of his promises to allow E15 and higher blends market access year-round.

“Finally, we will carefully consider EPA’s proposals regarding the transparency of the RIN market. The Commodity Futures Trading Commission (CFTC) has authority to investigate claims of RIN price manipulation. In March of 2016, EPA signed a Memorandum of Understanding with CFTC to investigate and identify any market abuse by RIN traders.  It might make sense to disclose more information about the RIN market but we would oppose prohibiting blenders and wholesalers from handling RINs because those parties have used RIN proceeds to reduce pump prices and pay for higher blend infrastructure.”