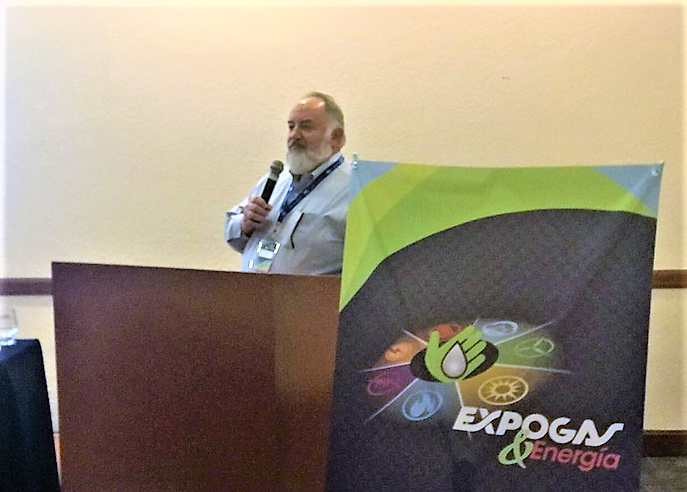 “Tuxpan is another important port in the state of Veracruz, because it’s 70 miles closer to Mexico City and on a new highway that will shorten the trip by a couple hours,” Lamberty said. "After a half-billion-dollar upgrade, the port of Tuxpan will eventually become the busiest port on the Atlantic side of Mexico. We would like some of that new business to be ethanol.”

“In the near future, ethanol in Mexico will be shipped by rail, but ocean-going shipping could quickly become a reality if volumes justify it,” Lamberty added. “There is an increasing amount of ethanol already being sold in Mexico, with reports of some fairly large deals done in the past few weeks. We may see significant volume sooner than I thought.”

Last month, Lamberty traveled to Chihuahua, Mexico, and in June, Lamberty was in León. Lamberty will participate in one or two more USGC technical workshops in Mexico yet this year, with a trip to Mexico City in early October, and possibly another event in southern Mexico in November. Interest and attendance increase at each event, and ACE will continue to work with the USGC to provide information to retailers and others who want to sell more ethanol.

Lamberty and Kristy Moore, Principal Scientist at KMoore Consulting Inc., will provide details of their efforts on the ground in Mexico helping ethanol enter the nation’s fuel marketplace in an ACE webinar on Tuesday, September 18 at 2 p.m. Central. The presentation will include updates on UL listings for E25 and E40, ASTM spec changes affecting ethanol, weights and measures, higher-blend labeling challenges, and retailer feedback and advice for promoting ethanol to consumers.Registration will be available at ethanol.org/events/webinar.