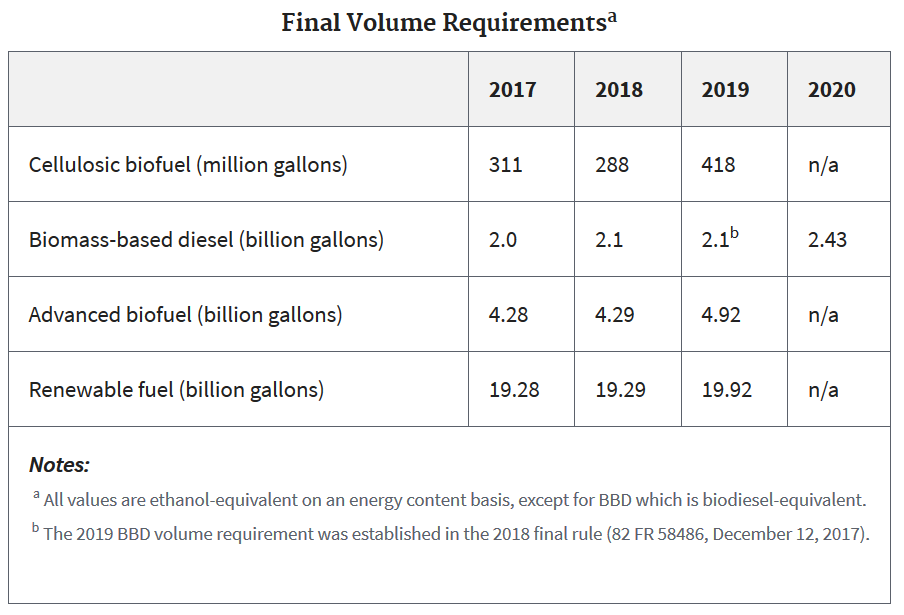 “On paper, EPA appears to be resisting refiner demands to reduce conventional biofuel blending in 2019 below the statutory 15-billion-gallon level. However, in reality, as long as EPA fails to reallocate the over 2 billion gallons worth of blending obligations waived for ‘Small Refineries,’ renewable fuel demand will remain flat causing farmers and rural biofuel producers to continue suffering the consequences.

“While we are fighting this injustice with a challenge of three specific Small Refinery Exemptions (SREs) in the U.S. Court of Appeals for the 10th Circuit and a petition asking EPA to account for the lost volumes resulting from retroactive SREs, Acting EPA Administrator Andrew Wheeler should be fixing this problem.

“Economic hardship is real, but not for oil refiners. The truth is farmers and ethanol producers are struggling to make ends meet because of depressed prices caused by man-made limits or waivers on demand.

“Assuming the President formally nominates Acting Administrator Wheeler to lead EPA, we call on U.S. Senators to insist he provides them with tangible evidence EPA will reallocate the blending obligations waived for Small Refiners before voting to confirm him.”