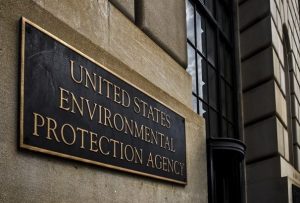 Sioux Falls, SD (January 16, 2019) – Today, the Senate Committee on the Environment and Public Works (EPW) held a hearing on the nomination of Acting Environmental Protection Agency (EPA) Administrator Andrew Wheeler to lead the Agency. American Coalition for Ethanol (ACE) CEO Brian Jennings commended a handful of bipartisan Senators for demanding answers during the hearing to the biofuel industry’s priority issues with the following statement:

“ACE extends our gratitude to Senators Joni Ernst (R-Iowa), Mike Rounds (R-S.D.), and Tammy Duckworth (D-Ill.) for confronting Acting EPA Administrator Wheeler about the ethanol demand destruction created by an unprecedented number of Renewable Fuel Standard (RFS) small refinery exemptions (SREs) and how EPA intends to reallocate the waived gallons, as well as the need to issue a final rule to allow E15 use year-round in time for the 2019 summer driving season, regardless of the prolonged partial federal government shutdown.

“We appreciate that Acting Administrator Wheeler assured the senators that EPA is ‘still on schedule’ for issuing a final rule allowing year-round E15 sales in time for this summer’s driving season, but his caveat of if the government is back up and running in a “reasonable length of time’ is no excuse for a delay. It’s been more than three months since President Trump directed EPA to lift Reid vapor pressure (RVP) restrictions on E15, so why didn’t EPA set rulemaking wheels in motion in November, December, or January? Earlier this week, the president said that ‘we’re ensuring ethanol remains a vital part of America’s energy future with E15,’ it’s important EPA makes good on the president’s promise.

“It’s also critical EPA reallocate the SREs. It's insulting to farmers and ethanol producers suffering real economic harm that refiners enjoy record profits and are allowed to keep RINs through the waivers. With collapsed RIN and commodity markets, we need reallocation sooner rather than later.

“We encourage all U.S. Senators to help ensure former EPA Administrator Scott Pruitt’s abuse of the law and broken promises are not repeated by Mr. Wheeler by insisting he provide them tangible evidence EPA will reallocate the blending obligations waived for small refiners and have a legally-defensible RVP relief rule for E15 finished by the 2019 summer driving season before voting to confirm him.”