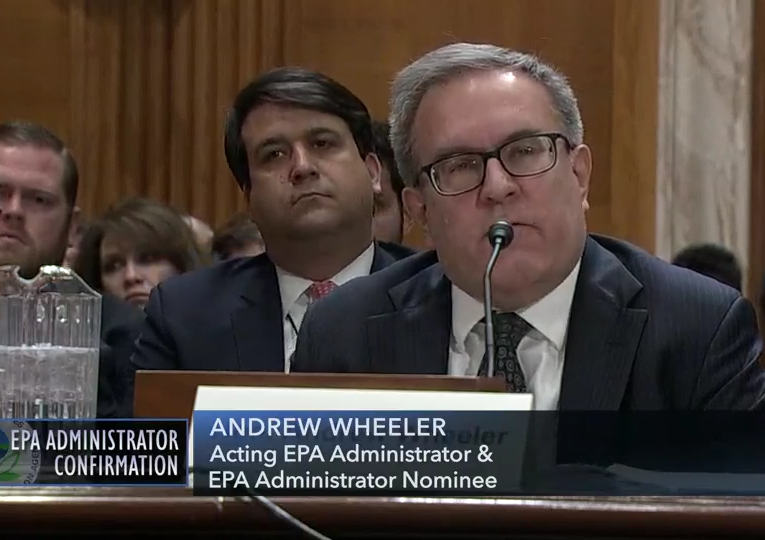 “There is no better way to guarantee the RVP rule and reallocation of refinery waivers are addressed than by insisting Mr. Wheeler provide tangible evidence of his intentions on these issues prior to voting to confirm him,” the letter stated.

The government shutdown is not a credible excuse for a delay in the E15 rulemaking the letter explains, providing the example of how in eight days the United States Department of Agriculture (USDA) put forward a new food stamp work requirement proposal as a time in recent history that proves the Trump Administration can expedite high priority rulemakings.

“It has been more than 100 days since the President directed EPA to initiate a rulemaking to allow E15 use year-round,” the letter stated. “What is taking EPA so long to act?”

The RVP rule is particularly time-sensitive. Under EPA’s existing regulations, E15 cannot be sold in most areas of the country from June 1 to September 15, leaving just four short months from today to complete the rulemaking process. Unfortunately, EPA needlessly plans to combine the RVP rule with reforms to the way Renewable Identification Numbers (RINs) are handled under the RFS. The letter concludes by advising Senators that “Acting Administrator Wheeler should be encouraged to decouple RIN reforms from the RVP rule to ensure E15 can be offered for sale by June 1.”

A copy of Brian Jennings’ full letter can be accessed here.