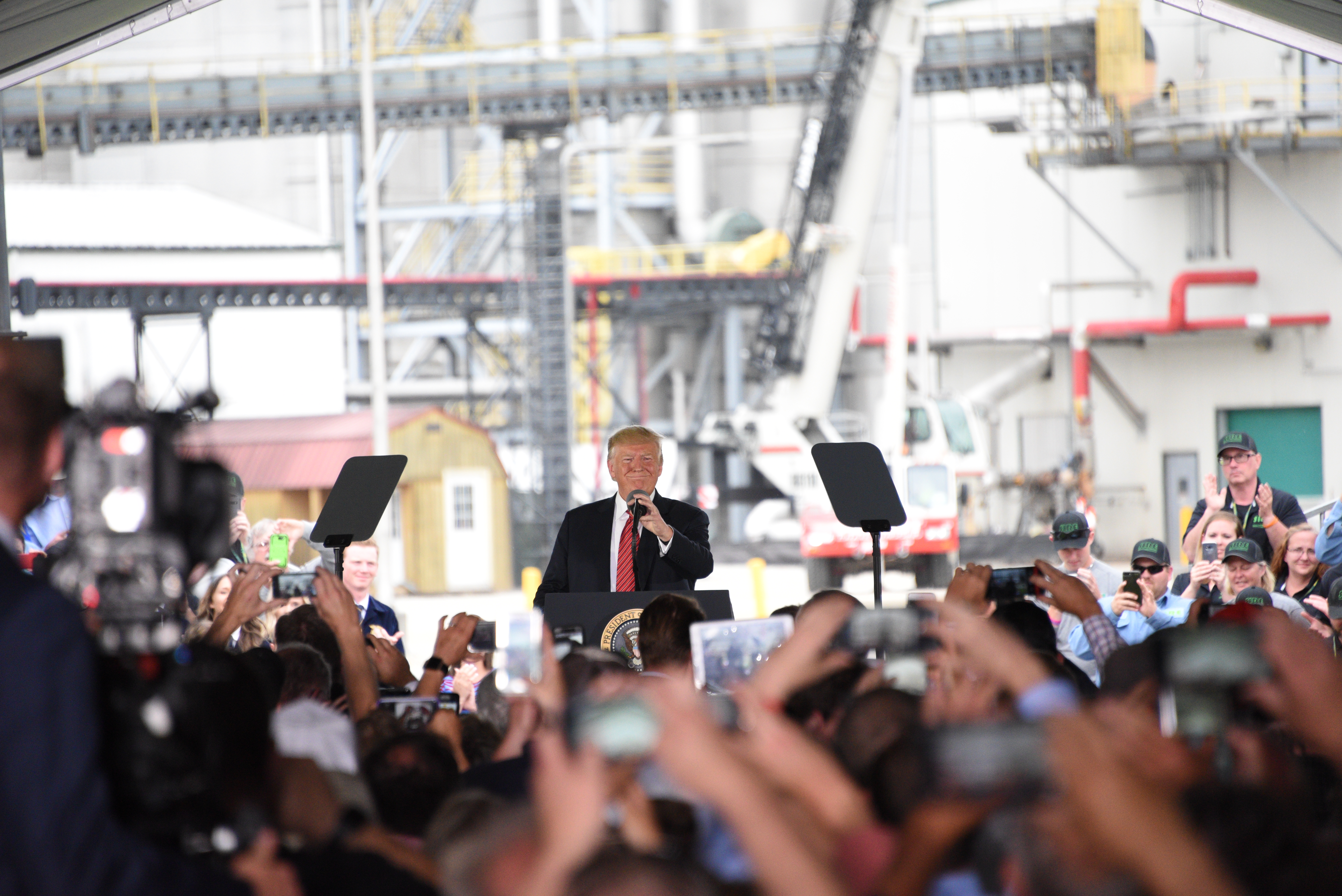 On May 31, EPA Administrator Andrew Wheeler signed a final rule providing Reid vapor pressure (RVP) relief for E15. EPA released its final rule just before the June 1st kick-off of the summer driving season, so retailers nationwide can offer E15 as an option to their customers year-round. E15 is a clean, safe, and low-cost fuel which can be used in more than 90 percent of the cars on the road today. The sale of E15 year-round enables retailers to sell the fuel if they wish, gives consumers the option to buy the low-cost fuel, reduces refiner Renewable Identification Number (RIN) costs, and opens market access for farmers and ethanol producers. Ahead of President Trump’s visit, Jennings released the following statement:

“As we join President Trump in Iowa today, we thank him for directing EPA to allow year-round sales of E15. EPA’s decision is good news for the ethanol industry, farmers, and American consumers. Finally, retailers don’t have their hands tied when it comes to offering a lower cost, higher quality E15 fuel to their customers during the summer months. This won't be an overnight success, but a large obstacle is removed, so we’re looking forward to working with retailers, who have been standing on the sidelines not offering E15 because of the previous RVP regulatory limit and convincing them to get in the game. The timing of this ruling is incredibly important as U.S. farmers are under tremendous financial stress from collapsing net farm income, rising expenses, ongoing trade tensions, weather-related disasters, and the undermining of the Renewable Fuel Standard (RFS) with demand destroying small refinery waivers. This rule creates markets for ethanol producers and farmers alike with greater access for corn grind and ethanol use.

“Unfortunately, we can’t look at this E15 decision in isolation. EPA needs to quit mismanaging the RFS through small refinery waivers. The net effect of E15 year-round and 2.61 billion gallons worth of demand destruction through refinery waivers means we’re still in the hole from an ethanol demand standpoint. We’re not turning a blind eye to that and will continue to put pressure on the administration to do right by the RFS.”