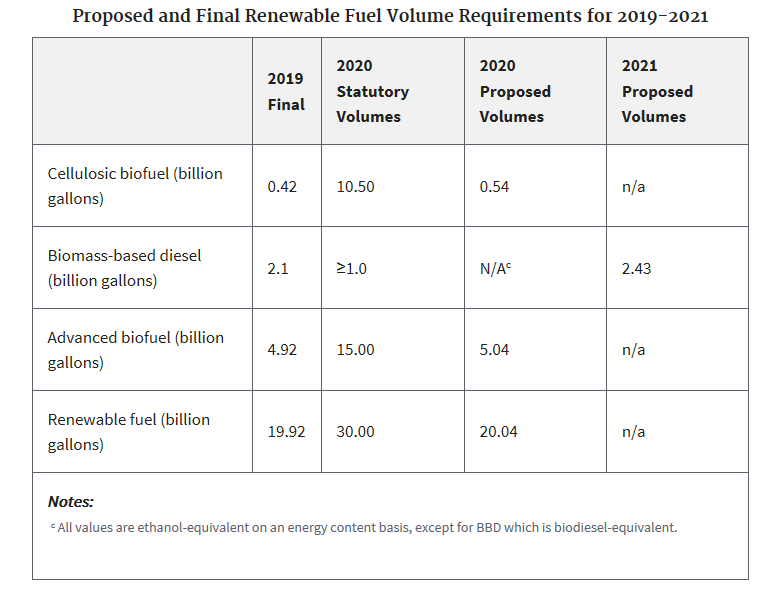 “While EPA says it is proposing to maintain the 15-billion-gallon conventional biofuel blending target for 2020, refinery exemptions without reallocation of waived volumes have effectively reduced the RFS by more than 2 billion gallons below statutory volumes. President Trump asked EPA to remedy this issue following his trip to Iowa a few weeks ago and this proposal is a missed opportunity to reallocate the 2.61 billion gallons waived through Small Refinery Exemptions (SREs).

“EPA continues to disregard President Trump’s campaign promise that ‘the EPA should ensure that biofuel blend levels match the statutory level set by Congress under the RFS.’ Like the 2019 blending targets, the 2020 proposed RVOs reinforce our challenge to certain SREs in Court and petition for EPA to account for lost volumes of renewable fuel resulting from the unprecedented number of retroactive SREs that continue to be granted by the agency.

“A strong rural economy depends upon growing the use of renewable fuels. We expect the administration to follow through on the promise that EPA and USDA will review the expanded use of refinery waivers and deliver a satisfactory remedy.”