One of the largest E85 suppliers, Pearson Fuels, to share experience selling in California market at ACE August conference 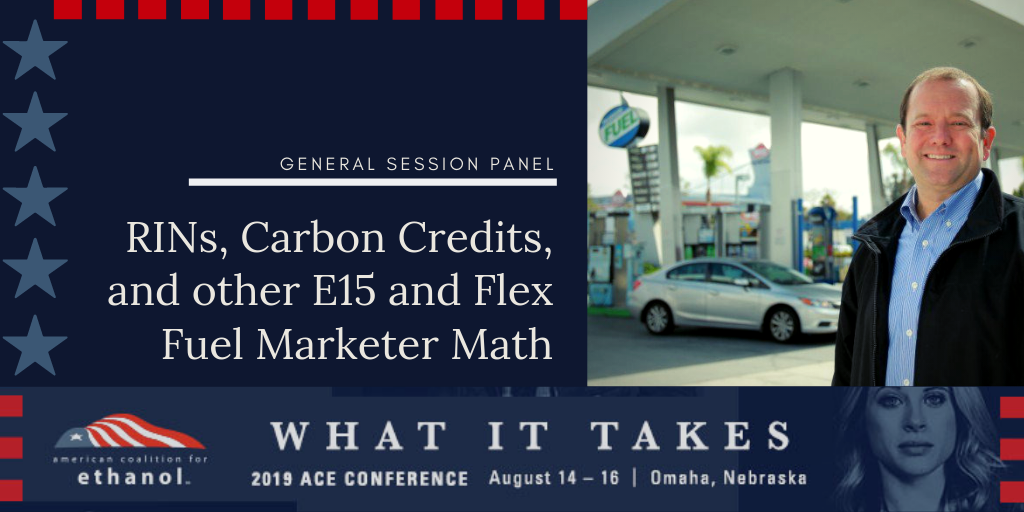 “In 2003, we built an alternative fuel education center and station with 10 different fuels available to the public, and E85 was one of the 10 fuels,” Lewis said. “It was the first E85 dispenser on the West Coast of the U.S.; we sold that gas station but are now the largest E85 supplier in California, supplying over 155 retail and government locations.”

“With almost 1.9 million flex fuel vehicles on the road today in California, the potential for growth of E85 at the retail station level is enormous. E85 has become 90 percent of our overall business,” Lewis added. “I think one of the main factors that hold other retailers back from offering E85 and flex fuels is they get stuck in what they know.”

“With all the buzz surrounding E15, we want to make sure people don’t forget E85 and other flex fuels move massive amounts of ethanol and could move more. In fact, Pearson Fuels sold more new ethanol gallons in E85 in California last year alone than we’ve ever sold in E15 – since it was approved in 2011,” Lamberty said. “This year’s retail panel will focus on the importance of understanding the history and economics of selling E15 and higher blends, including low carbon fuel credits and RINs [Renewable Identification Numbers], to sell meaningful volumes like Pearson Fuels has. Mike will talk about how his company leveraged RINs and California LCFS credits to grow the company’s E85 sales in California and what he sees for the future.”

“I’ll also ask Mike about Pearson Fuels’ efforts in California and on Capitol Hill to incentivize manufacturers to continue making more flex fuel vehicles,” Lamberty added. “As is always the case with our conference retailer panel, we’ll give the panelists the opportunity to offer advice to the ethanol industry on what we can do to help them sell more of the product we produce.”

Visit ethanol.org/events/conference to view the full agenda and register.