In a letter to EPA, ACE highlights a new soil carbon meta-analysis and reiterates the need to adopt the latest GREET model for the lifecycle analysis of corn ethanol. 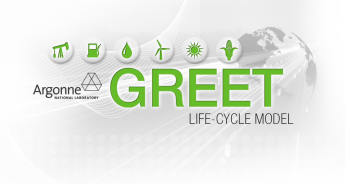 “EPA relies upon lifecycle accounting to quantify GHG emissions under the RFS, however, your model is nearly a decade old and fails to include the continuing advancements in this science documented by the Argonne National Laboratory and the data represented in the meta-analysis,” Jennings writes. “EPA’s antiquated analysis is an impediment to more low carbon biofuel use hurting both rural communities and the environment.”

“As you work on the proposed rule to “reset” RFS volumes for 2021 and 2022, ACE urges you to take this timely meta-analysis into consideration to foster more ethanol blending,” the letter continues. “Specifically, we encourage EPA to use the “reset” as an opportunity to increase undifferentiated renewable fuel volume beyond 15 billion gallons for 2021 and 2022 by reallocating the 2.61 billion gallons waived so far through so-called “hardship” exemptions for small refineries and restoring 500 million gallons to the 2016 RFS compliance year as ordered by the U.S. Court of Appeals.”

Additionally, the letter calls on EPA to adopt the latest Greenhouse gas and Regulated Emissions and Energy use in Transportation (GREET) model, developed by DoE’s Argonne National Lab nearly three decades ago, as is also recommended in ACE’s white paper “The Case for Properly Valuing the Low Carbon Benefits of Corn Ethanol.” “Unlike Argonne’s GREET model, EPA’s lifecycle model has not been updated since your original (2010) corn ethanol assessment,” the letter states. “Today the GREET model shows corn ethanol has nearly 50 percent lower GHG emissions than gasoline.”

The full letter can be accessed here.

For more information on the soil carbon meta-analysis, contact Dr. Hui Xu, the lead author of the study at hui.xu@anl.gov, copies of the study can be downloaded from the Clean Fuels Development Coalition website (www.cleanfuelsdc.org).