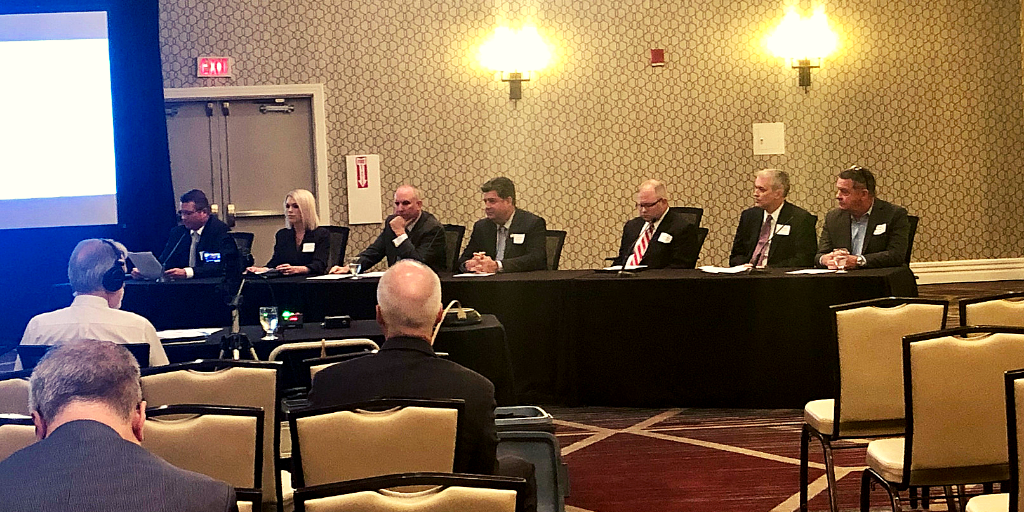 Fletcher's testimony highlighted some points which will be detailed in ACE’s written comments to the proposed rule, including (1) the difference between EPA’s proposed 2020 RVO and the real-world effect small refinery exemptions (SREs) have on RFS blending obligations; (2) the need for EPA to reallocate gallons waived for SREs and restore the 500 million gallons unlawfully waived from 2016; and (3) the economic hardship facing farmers and U.S. ethanol facilities.

“The proposed 2020 RVO marks the second compliance year EPA is professing to follow statutory volumes on paper but, in reality, is allowing refiners to escape their lawful responsibility to blend renewable fuel with the petroleum products they make.

“The severity of demand destruction from EPA’s use of SREs is a topic of debate, but it is without question year-over-year domestic ethanol use declined in 2018 for the first time since 1998, falling from 14.49 billion gallons in 2017 to 14.38 billion gallons in 2018. The national ethanol blend rate retreated from 10.13 percent in 2017 to 10.07 percent in 2018. ACE members are convinced EPA refinery waivers contributed to these historic setbacks.

“We are grateful EPA finalized the rule extending the 1-psi Reid vapor pressure waiver for E15, but the net effect of this final rule without reallocating waived gallons means we are still “in the hole” from an RFS demand perspective.

“For EPA’s proposal to blatantly ignore the court order based on the ‘retroactive nature of an increase in the volume requirement’ and the ‘additional burden that such an increase would place on obligated parties’ undermines the integrity of the RFS and flies in the face of Congressional intent.

“EPA’s mismanagement of the RFS has placed an artificial lid on domestic ethanol demand causing dozens of ethanol plants to consider slowing production or shutting down.”

EPA’s refusal to address the SRE issue in this proposed rulemaking, or in the 13 months prior to ACE’s and other parties’ June 2018 petition to EPA to account for lost volumes of renewable fuel resulting from the unprecedented number of retroactive SREs, is why late yesterday we asked the U.S. Court of Appeals for the D.C. Circuit to lift a stay it placed on our joint 2018 petition and restart the proceedings.