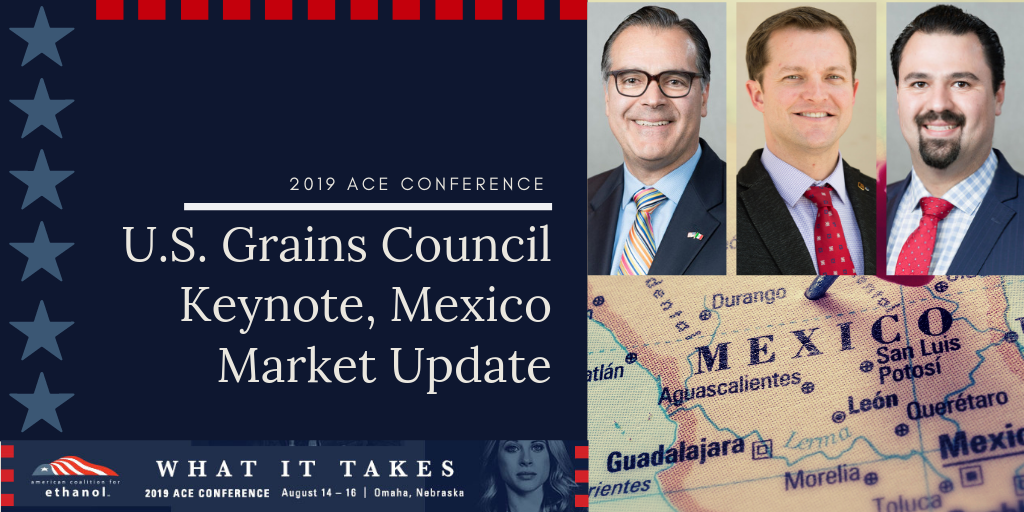 “We have challenging days ahead to open up much-needed market access for U.S. ethanol, but we also have bright spots that make it an exciting time to be an advocate for trade of commodities like U.S. corn, DDGS and ethanol,” LeGrand said. “One of these bright spots is Mexico, and thanks to our newly appointed director, Stephan Wittig, and others on the team we assembled in Mexico, we’ve been able to educate the Mexican government and relevant stakeholders about the value of E10 and the resulting environmental and economic benefits it offers. This market did not exist just a few years ago, and the Council is learning to be nimble as markets like Mexico change and grow.”

“I am excited about the opportunities the industry is being presented after having shared technical knowledge and strategical information on how to achieve the benefits of an ethanol blending program for Mexico and attaining E10 blends in the regulation,” Wittig said. Wittig participated in the trade mission with IRFA, ACE and USGC in July bringing Mexican fuel distributors and retailers to the U.S. to see the ethanol supply chain. “It makes an impression to see that ethanol is a reality and how higher blends are making their way into the market,” Wittig added. “It was great to see all the interest in expanding ethanol use from the industry’s stakeholders at the ACE conference.”

“For many years, Mexico has tried to implement the use of ethanol, but it wasn’t until after the necessary changes were made to allow E10 to Mexico’s most recent fuel regulation that it started to become a reality,” Lerdo de Tejada said. “We are currently working on lifting the ban for ethanol in the three metropolitan areas of Monterrey, Guadalajara and Mexico City which represent 30 percent of the potential ethanol market for the whole country.”

“For the past two years, we have partnered with ACE and Ron Lamberty, who has been instrumental to allow a smooth transition to help gasoline station owners understand ethanol economics and the splash blending option to start using E10 in Mexico,” Lerdo de Tejada added. “Ron’s experience has opened significant interest for several gasoline station owners who are making the necessary arrangements to start distributing E10.”

Next week, Lamberty will join Lerdo de Tejada and others on a panel at the Argus Mexico Fuel Markets Summit in Mexico City to discuss oxygenates and the future of fuel blending in the Mexican market and the role the U.S. can play.