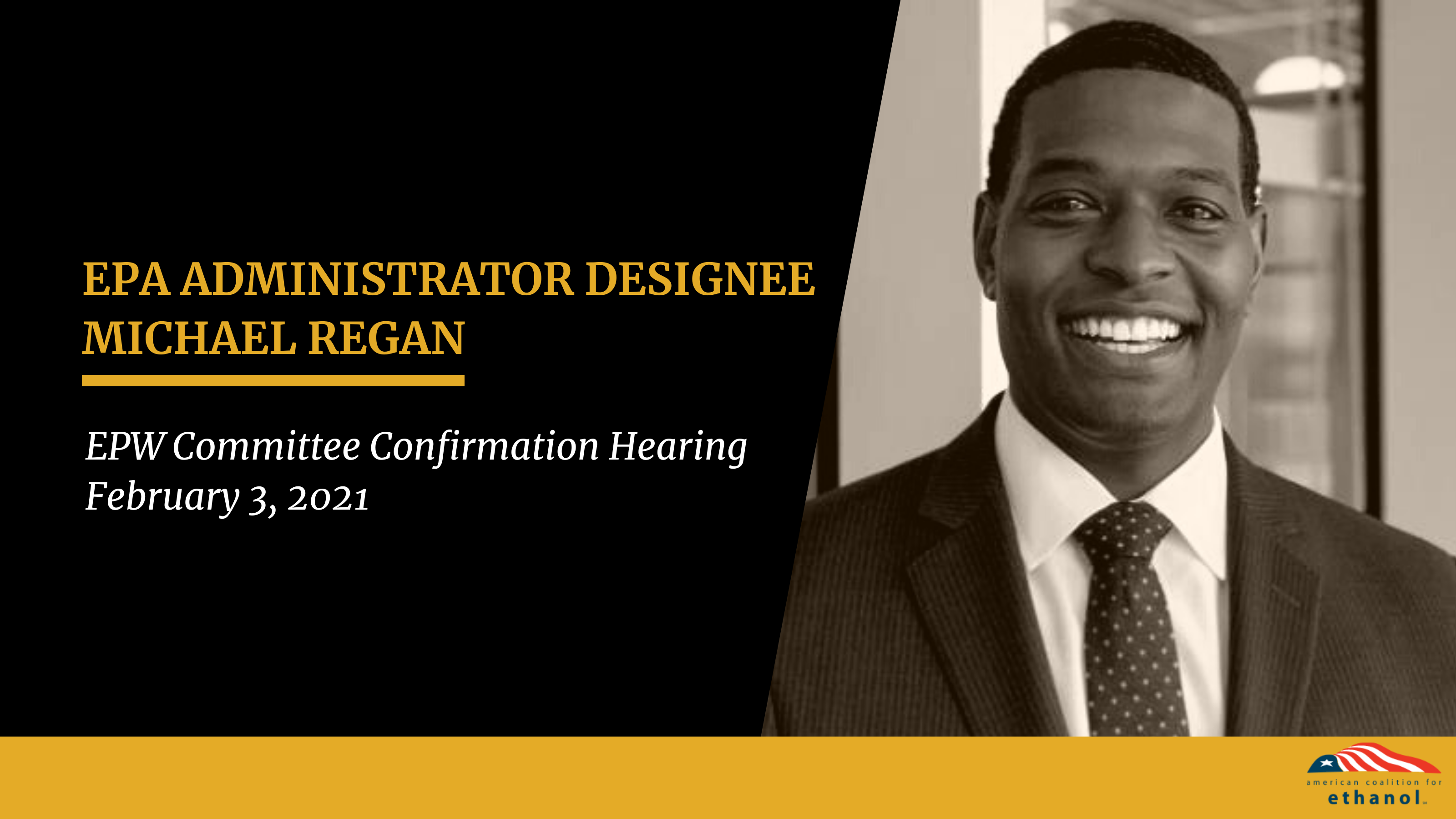 “If confirmed as EPA Administrator, Mr. Regan inherits a long list of unfinished business with respect to the Renewable Fuel Standard (RFS). We are grateful for Senators Tammy Duckworth (D-IL), Joni Ernst (R-IA) and others for raising our priorities with Mr. Regan, and we appreciate his commitments to ‘fully follow the law,’ ‘apply the latest science,’ and provide greater ‘transparency’ about the decisions EPA makes regarding ethanol and the RFS.

“We also appreciate Mr. Regan acknowledging agriculture and biofuel will have a seat at the table in climate discussions. According to the latest science, corn ethanol reduces greenhouse gas (GHG) emissions by approximately 50 percent compared to gasoline. There’s obviously a lot of emphasis on the role electric vehicles will play in our future, but most experts agree net-zero emissions by mid-century is impossible without increased reliance on low carbon fuels such as ethanol.”

ACE is encouraging ethanol advocates to utilize the confirmation process as an opportunity to engage their Senators on ethanol issues that they can raise in front of nominees via ACE’s Action Center.