The new study shows a significant decrease in carbon intensity (CI) from 58 to 45 gCO2e/MJ of corn ethanol (a 23 percent reduction) over the past 15 years — from 2005 to 2019 — thanks to improvements occurring in corn farming and within ethanol facilities. The displacement of gasoline by corn ethanol on an energy‐equivalent basis from 2005 to 2019 has resulted in a cumulative greenhouse gas (GHG) emissions reduction of 544 MMT CO2e, according to the researchers. The analysis finds that “ethanol plants have reduced ethanol production emissions by 30 percent (or 11 gCO2e/MJ) over the 15‐year period, mainly by reducing the energy inputs per unit of ethanol produced. Corn farming reduced chemical and energy input intensities, which contributes to a 17 percent reduction in farming‐related emissions (4.9 gCO2e/MJ).” 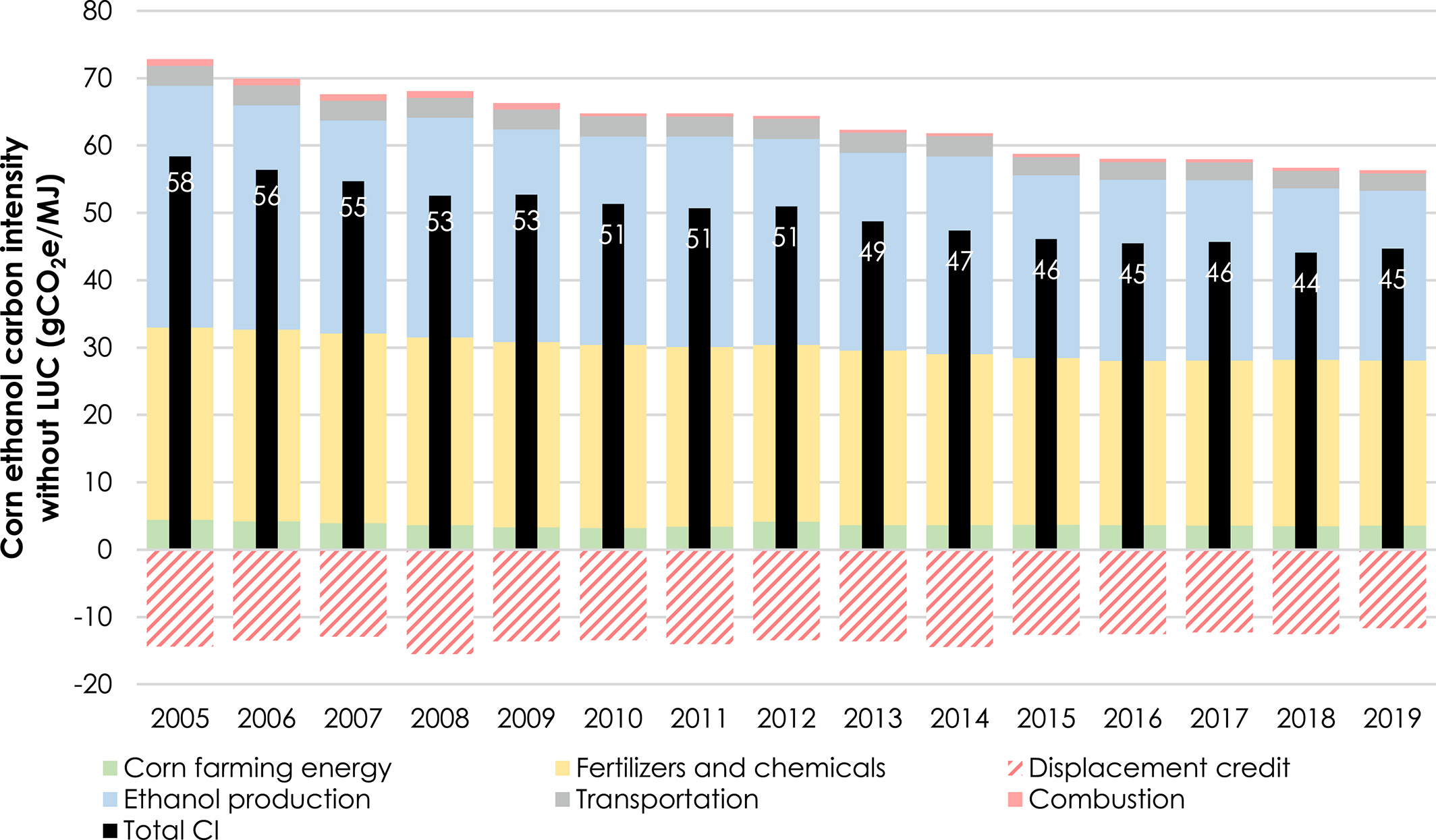 Further, the study authors note that “there has been a growing interest in further reducing the overall CI of crop‐based biofuels by cutting down the GHG emissions of biofuel feedstock, which correlates significantly with agronomic practices and chemical and energy inputs in individual farms. Proposals are being made about incentivizing low‐carbon biofuel feedstocks in U.S. fuel regulatory programs to promote sustainable farming practices. This will offer further opportunities to advance the sustainability of farming and reduce biofuel CIs.”

ACE CEO Brian Jennings responded to the study findings in the following statement:

“ACE commends the scientists who contributed to this important research regarding the low carbon benefits of corn ethanol. The evidence is mounting that agriculture and ethanol can and should be part of the solution to significantly reduce GHG emissions, both in the immediate future and long term.

Special thanks to ACE member company Christianson PLLP, a corn ethanol benchmarking and agricultural consulting company, for providing Argonne its annual corn ethanol industry benchmarking statistics for 2005 to 2019. This analysis was published by Argonne in the academic journal Biofuels, Bioproducts and Biorefining. For access to the full report, click here.