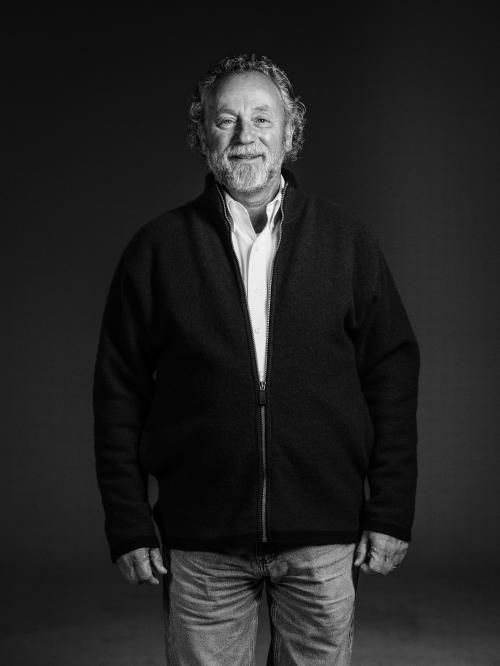 WHERE I’M COMING FROM

I’ve never been much for looking back and saying “I should have done this or that….”

My father was a homebuilder in Sioux Falls. It was a great city to grow up in. I lived two blocks from the Cathedral downtown, went to Washington High school downtown. I had two brothers. We were kind of a typical American family.

My mother was raised on a big farm just west of Chamberlain, near the Missouri River. My father moved to Chamberlain from Minneapolis. So as a kid we got to spend a lot of time on the farm.

My parents…taught us to work, treat people right, and have a sense of humor. My mother had the best sense of humor of anyone I’ve met. And she took care of people. When she was 77, she’d go over the old folks’ home and see if she could help with people.

I moved to Grand Forks for 28 years…

I had been managing a couple radio stations when those stations got sold, new owners brought new people. I was thinking I wanted to do something different. I got a call from an ethanol plant in Grafton ND, they were looking for someone to market ethanol and to lobby in the legislature.

I sold the ethanol for the company, kinda helped the GM manage… there was a group of famers that had put this thing together…they brought in the guy who owned the grocery store. They had all this excess grain and wheat and spuds, they said “let’s build this ethanol plant...” They used culled potatoes, additional products and found out that wasn’t the best way to make ethanol, so they went to ground corn…

Why shouldn’t the farmer have another market? What business isn’t looking for new markets? But we expect the farmer to get the same price he got in the 50s and 60s…

Ethanol was fun and new – something entirely different…I was selling it, doing some PR work. It didn’t take long after learning and studying it that I said, “why not?” It made so much sense to me. I thought, “This is a good idea.”

I learned that right away — I was thinking, one of the things that I love about this so much when I got going in this is that this is work that I have could become much more than a job. I’ve kind of got a passion for it; I’m not smarter than the next guy, this is just the right thing to do. And the more the oil companies fought it, the more I knew it was the right thing to do.

When I look back I just feel, how much fun it’s been to be part of this thing. One of the people early on that I met was part of a group…they were trying to do something to grow the industry. Led by a guy who had no self interest — he had nothing to sell to the industry. Merle Anderson has never made a dime off of ethanol. He’s a farmer but doesn’t grow corn. He’d been president of the potato growers and barley growers…

He said this ethanol thing is a good thing.

At ACE, they have a mission. They go to work every day with such a passion — not just for ethanol, but for all the good it does. They are about more than just the guy who makes the ethanol, they’re about the guy who produces the corn and his family and their community.

Ethanol is an investment in America.

If we can have less carcinogens…People say “yeah, but it’s not good for our cars.” And is that a bigger deal than your kids are breathing carcinogens. We reduce those carcinogens in gas.  We can protect our kids, our pregnant Moms.

We have reduced the farm payments by billions of dollars with better commodity prices.  They don’t mention that.

Everybody’s got a home place…Something that’s always a part of you and that you have a part of. That place is where it starts…It’s a place of comfort when there is no other spot.

Coming back to Sioux Falls was coming back to a city that was nearly double in size.  We have these beautiful rolling hills.  I love the park systems, and all the things that the city has done to take care of the population.

This is one of the most charitable communities in the United States. You see that and feel that in the life of the people…We take care of those in need, our homeless…I think that’s a great thing.

When you look at the city – and when you look out of the city --- even with all the growth, you can still see the sun rise and the sun set just about anywhere.

I’d stand up damn strong for it. And I do. I don’t think I’m different than you or anybody else.