Need proof customers want ethanol blends and there is no blend wall? Look no further than Bruce. 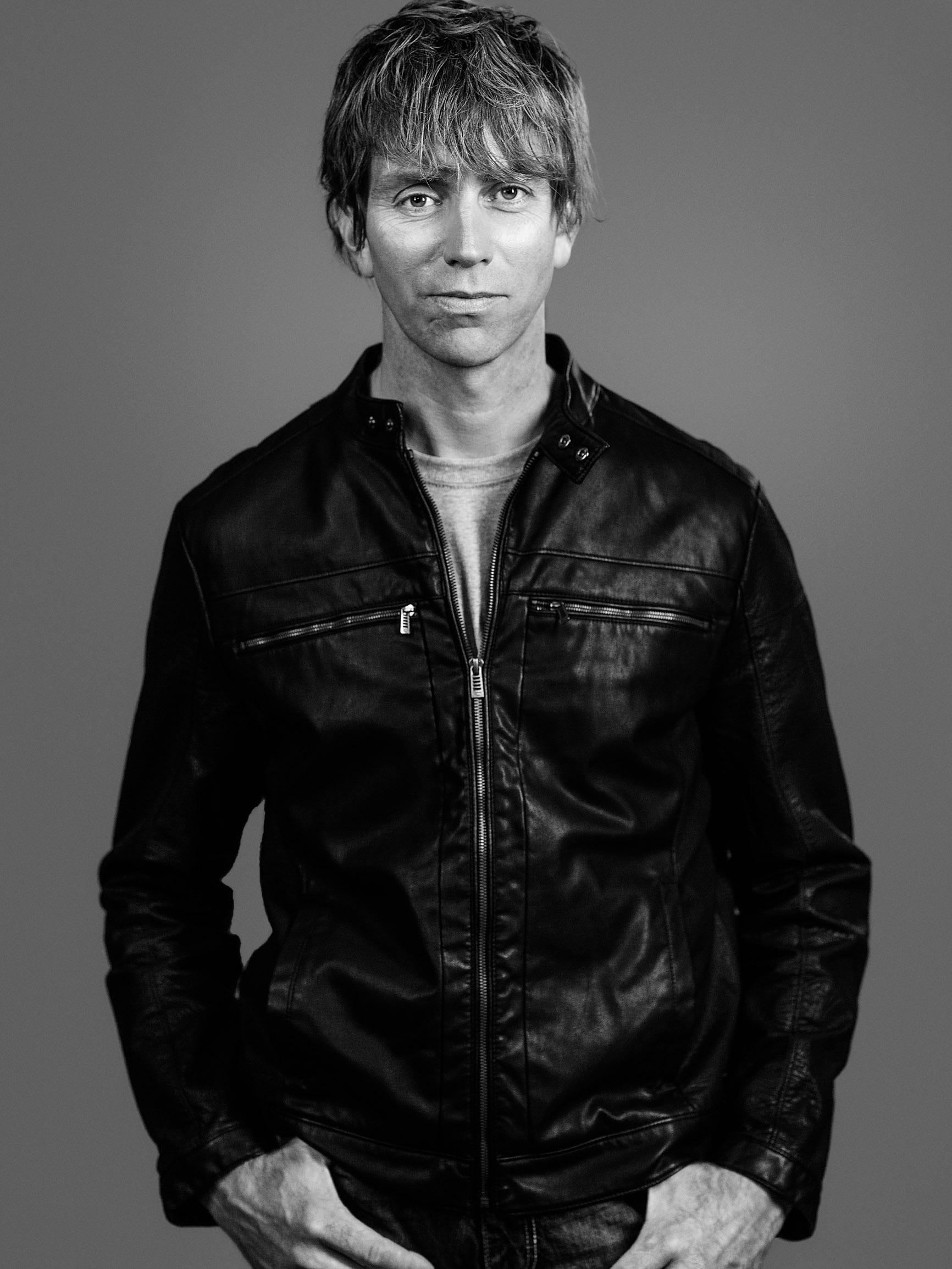 "This really is a mature market for ethanol."

““This is not a hiccup. It’s not a fluke. When we consistently sell, as a percentage of all our gallons of fuel, 17 percent to 27 percent ethanol, you see that consumers see the value in this product. We didn’t just flip a switch. This has been going on for six years now and I don’t think it’s going to change any time soon.”

“How much more product do we sell because we sell blends? It’s out of this world compared to E0. I wouldn’t go back. Modernization is always going to drive some business to your door, but when you are not offering ethanol, and the people want it, they are going to go somewhere else. It’s something that sets us apart, because blender pumps are not everywhere.”

Getting over the Blend Wall

(in testimony to the EPA): "There is no such thing as a 10 percent blend wall unless petroleum marketers refuse to give their customers any choices above 10 percent. In my station over the past year, my monthly sales have been at least 18 percent ethanol overall, with a maximum of 28 percent – and we hit those percentages month after month, even with my station offering ethanol-free gas, and even with E15 sales restricted to flex-fuel vehicles in the summer low-RVP season. We are confident in the quality of E15, given EPA’s thorough testing, and so are our customers. When we began selling E15 'legally,' it immediately became our second best-selling fuel.”

(in testimony to the EPA): "Part of me hopes that the oil companies continue to refuse to even try to sell anything over 10 percent ethanol, because that refusal also drives up the value of the RINs that Midway Service and other stations like ours receive for proving that the blend wall is imaginary. Oil companies could force RIN prices back down to nothing if they just started selling E15 and E85. But until they do, we will be happy to sell our RINs to them, and those extra dollars help us offer lower prices at the pump, hire more people to handle the extra business, pay for our fueling equipment, and improve our bottom line."

"Deciding to add E15 is a no-brainer"

“A new pump costs $15,000 right now. But there are cheaper options out there. The old UL spec said it tested E10 equipment for handling up to E15. That’s why deciding to add E15 is a no-brainer. It’s a way to set yourself apart from the competition and it doesn’t cost that much. It will bring people to your store.”

Essentially, when people talk about the home place, it is where they grew up, maybe where their grandfather grew up.

I think everyone has a home place.  It might have been where you spent the first six or eight years of your life and you’ve got some of those first memories of riding your bicycle, playing out in the street, you know, whatever the scenario was for you.  Everybody has a home place.

Midway Service is a small, family-owned gas station and fuel delivery service just seven miles north of Sioux Falls. Just for humor’s sake, I’ll call the station my home sometimes.  But quite honestly speaking, it is, it is a home place for me.

My dad worked there after high school, which was late ‘60s, all the way until today.  A big part of it was just auto repair; it was an old full service gas station for forever. He’s still a fixture there.  He comes to work every day and maybe doesn’t put in the hard days like he used to but still, he’s a big integral part of the business.

It was essentially just the three of us, my folks and myself.

You know it’s not like the new age of business where they create this image or relationship via social media or through advertising.  This is based on a one-on-one relationship that they’ve built over the years.  I mean they’re used to coming in and seeing Jimmy, or Bruce, or Tanya, you know.  And that’s what people keep coming back for.

I think it was always in the back of everybody’s mind that I would keep that tradition going and take the business over.

So it was just the three of us and then one very part-time employee. It got to be a bit of an overload on everybody whether it was on the bulk delivery side, the gas station side of things, the shop, or accounting bookwork.  Everything just got to a point where, you know, there wasn’t enough business to warrant more personnel but there was maybe a little too much business for everybody to tolerate what they were doing.

There kind of became a breaking point and I can honestly say that was probably about six years ago when we actually decided to pull the trigger on doing higher ethanol blends. Putting our blender pumps in was a major choice.

Looking back, I’m wondering why we waited so long.

It got to the point where that question was in front of us. Well, we can maintain status quo, go crazy, or go out of business. Or, do you take the plunge?

You can use your existing two gas tanks that you have. You put this blender pump in, draw your respective products, and that sounded fantastic.  At the point we just had suction style pumps.  We didn’t have submersibles in the tanks. One of the manufacturers actually made a blender pump that was a suction style pump.  We made up our minds that this was what we were going to do.

It was fall of ‘08.  All the work was done and we flipped the switch on this thing.  And overnight it was double the business.

We had E30 and E85, which had never been an option anywhere near our business north, south, east, or west. So we had an instant draw from areas a little further out that these people had heard about it.

Let me tell you, when you give people a choice, it’s just absolutely amazing.  So when I say we doubled our business overnight, it truly was doubling the business.  And in the next three years, we’d see that business just continue to grow to three times the volume that we did prior to the upgrades.

The consumer obviously shops with their wallet in mind.  So, however they justify the product that they’re going to buy, if it’s going to be E10, E15, E30, E85 or E0 for that matter — if that’s what they so choose to buy, I mean, I’m happy to offer all of these things. And I like to tell people that they can pull up to our gas pump and vote any day of the week.

Obviously we’ve proven if you give people the choice they’re going to buy higher blends of ethanol, hands down. I mean I wouldn’t be selling an average of 20 percent or 22 percent ethanol the last two and a half years if people did not want to buy it.

It’s made my life a lot easier. In the gas station business if you can maintain and scrape a little something off the top, you’re happy.  But it’s given us the chance to go from three full-time people and one part timer to 12 or 13 employees full- and part-time.

In our neighborhood, it is a full circle scenario. I’ve got the producer right outside my window.  They’re growing this corn.  It’s getting taken to the ethanol plant after harvest, these guys are pulling the distillers feed out and I’m getting the ethanol.  I’m selling it back to these people who are actually producing the product to start with.  And that, in itself, is a good feeling.

I guess if I had to say that there’s a blend wall, my blend wall is the low 20-some percent ethanol. And with that said, if the rest of the world had a 20 percent blend wall, I don’t think we’d be even using the term “blend wall.”

If I had a message for other retailers who are in the same shoes that I was in six years ago, I’d definitely say don’t wait another minute.  First and foremost, from a retailer standpoint, it is profitable.  It gives you that chance to set yourself aside from the competition.

As far as the American Coalition for Ethanol, these people have been one of the best supporters that I could have had. I mean these people are impressive to say the least.  They’re very well versed.  They’re extremely well educated.  And they are the people’s person.  There’s not a one of them who you wouldn’t meet and like and I don’t care if it’s a board member from two states away, who I just had the chance to sit down next to over lunch.  Never met him but he was the same personality as the people who I deal directly with and have a chance to know them on a regular basis.

They’re just absolutely outgoing, full of information, unbiased.  They’re in it for the industry.  You know there’s plenty of advocacy groups out there and maybe just because I’m a little bit biased because I know some of these people, they’re certainly my favorites.

As a retailer, you get a little bit weary from the fact that some of these people, the naysayers if you will, they’ll kind of beat you up.  And on occasion, we all get our down days.  You know, some of these customers are one-at-a-time.  Some of them just come running to you. And some of these people who just want to beat up on either the business, the industry, or ethanol in general, those are the ones who you remember unfortunately.  So it’s good to have someone to fall back on for some information to help.