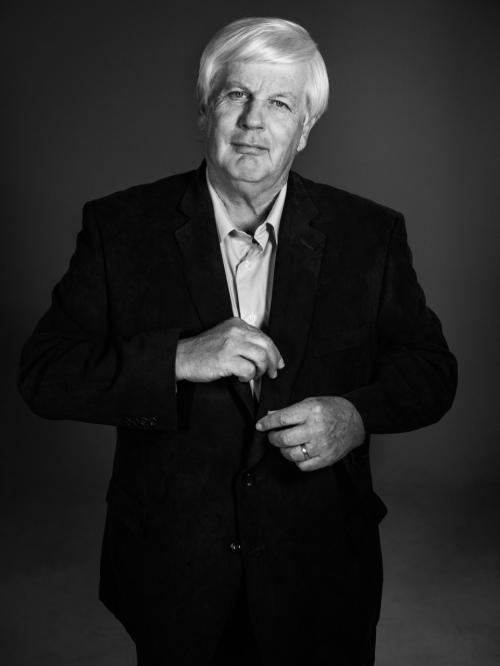 There’s a lot of good people in this country. You just haven’t met them yet.

April 1970 I was at the University of Minnesota. That was the very first Earth Day. They said, we’ve got stop throwing those McDonald’s wrappers out the window. I remember sitting in school and we started talking all about that.

As neighbors we used to chop silage together. Before me, they used to harvest together. Neighbors working together used to be the norm. You also did things together and shared equipment. That’s helped my mentality in working with people ever since.

It was uphill to school and back. Hills, Minnesota. When I grew up, there was a lot of livestock — everybody had hogs and everybody had cattle. But through the trends in agriculture, things started to get specialized. It started with chickens and then moved onto hogs. That led to literally diminished incomes because, in order to compete, you needed to have a whole lot of one thing. And we didn’t always have that.

That was the height of the baby boomers. We had the largest class that ever graduated. Then the town started to diminish.

It was starting to die and people could see that. The population was starting to decline; there were getting to be fewer kids in school. There had been a lot of kids, a lot of activity, but they were peaking out in the 60s.

In the summer 1995 I went to the first meeting [to discuss building an ethanol plant] and there was absolutely no interest whatsoever. But at that time I was very interested in new generation co-ops, so I had that kind of itch going in my brain.

In August, they called for another meeting. Absolutely no interest. None. As a matter of fact meetings got confrontational. It was kind of a subtle message at that time: why are you here, why would you want our money? It was really negative.

About a month later, in early September, I got home and it was hotter than blazes. There was a letter from the weed inspector. We had sunflowers in the soybeans. I was out there chopping sunflowers and stood there and looked at the farm and thought, I can’t sustain this. I can’t raise two kids on this farm. I went back to Luverne, sat down with the mayor.

They scrounged up money to charter a bus and we talked a bunch of farmers into getting on the bus and driving up to Hartley, Minnesota to see the ethanol plant up there. The guys up at that plant didn’t want any competition and tried to make it look as dumb as possible: “It’s the stupidest thing we ever did.” But our guys weren’t dumb. They knew if these guys were making money, they could too.

On the bus ride home they appointed me director.

We held 200 meetings over the course of two years. It really was totally, purely a farmer-driven project. Farmers who never knew each other before started to bond together and invest together.

The message was that, if we were going to sustain our family farms, we were going to need to invest together. It stuck us together like glue. Look, we’d just come off the 80s — the farm crisis. Everybody came together and got it going.

This was a bottom-up business model. One member, one vote. All the parameters that define a new cooperative. Profit and losses are shared, and the commitment is not just cash but commodities and cash.

I always say it only took our generation 65 years to screw up the world. All these kids now have a lifetime to fix it. The opportunities are phenomenal.

I very much embrace the environmental community and the work they’re doing. I think it’s important to work with them and be with them at the table. It’s our duty to be there and be part of it.

Sustainability and all these trends that we’re in are not going to go away. They’re going to get further enhanced, I don’t care if it’s clean air or clean water. I consider myself an environmental capitalist. People are willing to pay a premium for the alternative that’s environmentally sound.

I’ve probably spent 75 to 80 percent of my time working with environmental groups as opposed to fighting with them.

We cannot do ethanol or biofuel or clean tech in a vacuum. We can’t say, “We’re going to force this thing on them, but they can’t be at the table.”

The hardest thing to do is to get someone to come out to the Midwest and look at what we’re doing. But once they’ve been here, they understand. Whether it’s confined livestock or ethanol or corn, you can show them and win them over just talking one on one.

The [Renewable Fuel Standard] is more important to the environmental community than to the ethanol community but we don’t partner with them enough. In DC when they see a farmer and an environmentalist together, Senators pay attention.

The people behind ethanol are real people that need this industry — I hate to say it, but we have this curse of American abundance; we overproduce all the time. To keep farm families rolling we need ethanol. The government for the last 50 years had paid us not to grow crops or to store crops. The ethanol industry solved that by diverting some of our surplus starch into fuel, which gave famers a chance to prosper, which gave business the ability to invest research dollars to improve it.

Oil can only dwindle and renewable fuel can only grow.

ACE is the grassroots voice of ethanol. They represent a lot of individual members and owners. They can speak a lot stronger, with authority that they represent more people – individuals who put their commodities and their cash where their mouths are.

ACE is an advocacy group that is very responsive to being a source of information. They’re very accessible, very knowledgeable and very credible. They’ve maintained an impeccable image; they’re very respected in their field but they are more than just Midwest based. They are products of the very communities they represent.