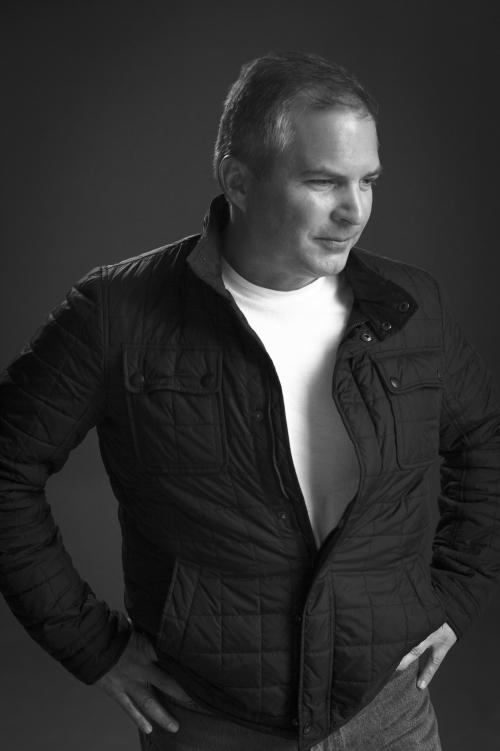 I like to wear tennis shoes, and I like to keep things moving. My personality fits biofuels. It’s just the excitement of working in something that’s a younger industry and continues to evolve.

After I got out of high school in Galva, Iowa, I went to Iowa State and got a degree in ag business. I came back home and actively farmed with my brother for a period of four years. At that time, the local ag business asked if I would come help them out. I ended up being there for 12 years.

During that time, I was reading an article about ethanol and brought that to that company and said maybe this is out there a bit—because our company can’t afford to do this—but this is a way we can actually change the corn market. A subgroup from the company formed Quad County Corn Processors as we know it today.

We had a board of six folks, and we all attended every fundraising meeting. We probably had 10 to 15 meetings over a 45-day period. We really took the approach that being an ethanol investor was really a hedge from the farming standpoint.

As far as who actually did the pounding of the pavement all six board members did but, for some reason, when we did the drawing of the straws, I ended up with the straw that got the microphone. It truly was a group effort—every board member did a significant amount of effort to get a project like that up and running.

We anticipated corn farmers to be the primary investors and we did get corn farmers to invest and main street businesses to invest. The surprise was the feed customers were really the ones that invested most heavily because they were trying to find a feed source of ethanol co-products closer to their feed lots.

As the plant was turned on, I continued to work in the ag business sector, and I served as a Quad County board member for a while. In 2010, I decided to make a move into the current CEO position that I’m in. Even though I’ve only been the CEO here for about 4 and a half years, I understand all the history from when the company originated.

The renewable fuels industry was relatively new as Quad County became involved in it—we were really seen as the pioneers right out front, so we were seen as pulling the plow instead of following someone.

One of the ways we did that was through the research and development facility. That commitment was one of the visions that Mike Jerke, who was the general manager for the first nine years, had to help the plant stand out and plan for the future. We were located where corn prices were very poor and feed demand was really high. That made it a strategic spot, but it was not on a rail line and that went against the concept most people had when they were developing ethanol facilities. Knowing that, we needed to look at things differently in order to compete long-term, and we started looking for niches that could be value adds to the existing facility--like the development of the research and development facility and Mike’s hiring of Travis Brotherson.

The fact that we started doing research and development at one of the smallest plants in the state of Iowa not knowing what the end result was going to be but knowing we needed to do something different was the beginnings of our Cellerate process today.

Travis began researching probably 20 to 30 things. From that list, Cellerate started to move to the top. We found that we were converting cellulose with the process he was working on, and we wanted to find out if it could be done profitably and if the enzymes were actually available to do that. He worked on the process for a year and a half before we decided it was economically viable and we’re going to move forward.

It took approximately five years from beginning to the first gallon of cellulosic ethanol in July of 2014. We did not have a vision out there to be the first cellulosic ethanol facility—we wanted to do something that was a niche that would add value to the existing operation.

The biggest asset that we have as a company is our people. It is critical that we have the people that have the right can-do attitude and approach to coming to work every day. The ethanol personnel I run into are trying to do things that are right for their investors and the consumers of gasoline and also for everyone on earth trying to have a better life. It’s easy to be energized by that whole concept of doing the right thing when you are producing a product that truly does have all those values.

The economy of Galva has benefitted from the work of the people at Quad. When the 2010 census came out, one of the things that was very noteworthy was we had 17 percent growth in our community, and we were the only ones in the county that actually had growth. In addition to that, in northwest Iowa or even in rural Iowa, in general, there’s very few communities that have had growth. We do have some new homes being built in Galva for the first time in my lifetime.

On a farm you are working 24/7 and, if something needs attention, you go take care of it whether it is a cow having a calf in the middle of the night or working late harvesting grain. In the ethanol industry, we also are working on a 24/7 operation--it’s not a 9 to 5 job, and we also put a lot of energy and our life back into the work we do. In the ethanol industry we are trying to be good stewards of the asset we manage and add more value to what started on the land.

From a producer’s perspective, I think being a part of ACE is one of the things that allows us to focus on producing ethanol every day while they write comments or get rule clarifications or have discussions with federal agencies. What we want to do is come to the things we do well everyday like make ethanol or move our research and development processes forward, and we need people like ACE who have those contacts and have the people in place to do the other things that need to be done to make the whole project successful.