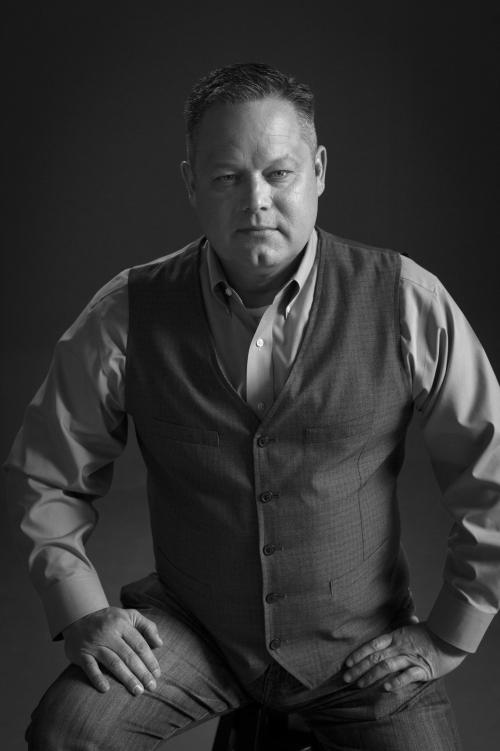 In high school, I loved running.  I gravitated toward the 400 meters because it was a harder, longer sprint.

I joined the Marine Corps in September 1982.   I started with an office job, but was eventually encouraged to apply for the elite Marine Security Guard Program, also known as the Embassy Guard.

The first day in the program, they said, "Look to your left.  Look to your right.  When you finish your training, those two people won't be there."  That was pretty darn accurate.  A lot of people didn't make it because of their background or the stress.

My two main posts were Algiers, Algeria, and Munich, Germany.   We were in charge of protecting the security of the people in the U.S. embassy and the top-secret material in that location.  I was a 21-year-old kid with more responsibility than I'd ever had in my life.  It was amazing—and it changed me.

The Marine Corps shaped my approach to life.  I'm not a quitter.  I work to fix problems and get the job done.  That same drive pushed me through college after I left the Corps.

When I graduated, I was looking for "that" job.  I found it at the new wet mill ethanol plant Cargill was building in Blair, Nebraska.  That was more than 20 years ago.   I was impressed by the interview process, which included written testing and assessment about how you performed as part of a team.

I was a member of the first technical crew hired for Blair.  We spent months in the basement during construction learning about corn milling from the front end to the back end, from refining to steeping, from the basics to the complicated details.

After two and a half years, I left my starch and gluten-covered uniform, put on a suit and tie and headed to Minneapolis to become an account manager selling the ethanol that Cargill produced.

After selling and trading domestic ethanol, I became interested in the international market, so I took the opportunity to work for Cargill's sugar division in Geneva, Switzerland, as global ethanol trader for a couple of years.  I also worked in global risk and product development.

I came to East Kansas Agri-Energy in August 2013.

I've always had a passion for biofuels, due in part to my grandfather who was a very early adopter of ethanol.  Back in the 1970s, he put those big stickers next to the gas cap on his vehicles so everyone could see he used ethanol.  That was my first education about what ethanol means to communities and individuals.

Working for a farmer-owned company is very different than working for Cargill.   Decisions are made differently.  Farmers want to roll up their sleeves and fix things as a board member or unit holder. I truly appreciate their ideas, interest, passion and participation. But sometimes they have to sit back and watch—and that can be difficult.

To have a board with that vision is unique and energizing for me and for all of us who work at EKAE.  That's one of the main reasons I was interested in the job.

When I joined EKAE, we talked early on about renewable diesel.  It's an advanced drop-in fuel that can be produced from oil from the marketplace or oil from ethanol production.   Now we're making two fuels from one kernel of corn.   This advanced fuel truly elevates us to the level of a biorefinery, not just an ethanol plant.

The renewable fuels industry is growing, thriving.  It's a real success story that needs to be told in DC.  We're not just producing fuel.  We're revitalizing rural communities and creating opportunities for young people to have great careers in their hometowns.

Before our facility was built, Anderson County was one of the poorest counties in Kansas.  The investment in the ethanol plant has changed the entire community.

All of this talk about repealing the RFS or stopping E15 threatens to destabilize rural communities and rural economies just as we're breaking production and efficiency records—and doing some pretty amazing things with our plants and our product.   Renewable diesel, cellulosic ethanol, biodiesel plants, renewable chemicals, algae—all that innovation would not be happening without the foundation of ethanol production.

In the end, I want my kids to grow up in a world that's better than today—with cleaner, healthier air and a safer, more secure nation.