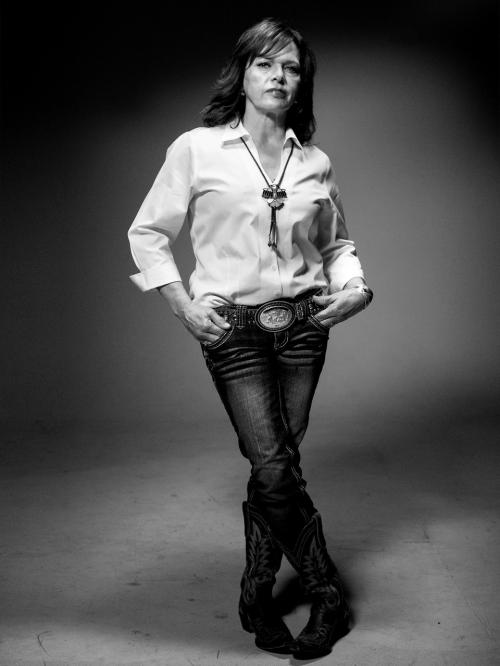 Five brothers, four sisters. We weren’t far from town, but our life was on the farm. If we wanted to go into town to play softball, our Mom would say, “Well you’ve got enough for a team right here.”

We just lived a mile and a half outside of town. When I was a kid that seemed a long ways away.

To me it would be your typical old white farmhouse. We had a huge red barn, then we had a hatchery and several large laying hen houses where for a lot of years we raised eggs for the city of Aberdeen, and then we converted them over to a hog confinement system and raised a lot of hogs.

My senior year in high school, my brother was killed. I lost my best friend.

My husband Nathan and I met in 4H. We were teenagers. I had just graduated. He was senior. When I turned twenty-one, I was riding a horse; he slipped and I fell and broke my ankle. Nathan sent me a dozen roses. I thought, I better have another look at this guy.

I guess I was taught that everyone has good in them. If you were ever upset with someone, we learned, well, there has to be good in them.

You never sat around. There was always something to do. You’d go pull weeds, clean the barn, clean your room. You never felt like there was time for boredom. That really shaped me. My kids would say “I’m bored,” I’d say, “That word’s not allowed in this house!”

When they went off to college or got jobs, their employers would say, “You probably grew up on a farm.” There’s a certain work ethic that’s expected on the farm, and they have it.

You learn as you go. I guess I’ve had a city friend that asked, “How do you handle it when you don’t know if you’re going to have a good year or a bad year?” I’ve always grown up on a farm, when it’s bad you pull back, when it’s good you move forward. You learn to go with the flow of life.

My Grandpa dealt with the realities of life, and that helped me.

You can plant the seed and have the cattle, but you can’t predict whether you’re going to have a crop or a calf.

Looking back on our life, the tough years are the happiest years. I can’t complain. I’ve had a wonderful marriage. Thirty-eight years.

In a community like this, if someone has a health problem, you have a fundraiser. If someone has cancer or a farmer gets sick – vroom, everyone is there to help. The first thing you think is “I need to go to the store and get something so I can take some food over.”

Like with the wedding, well who do you invite and who don’t you? A lot of time you just put an announcement in the local paper. Everyone’s invited.

They had community meetings in all the small towns around here, explaining it to all the producers to look at the ethanol plant as another avenue for their crops. It wouldn’t exist without the community.

What you see coming out of the stack is steam. You definitely think more of the environment and know that the plants are under such strict observation by your health and clean air organizations — they’re always doing testing to be sure the plant isn’t emitting pollution.

We haul our corn right up to the ethanol plant, we bring back the distiller grains to feed our cattle, which is a better feed for our cattle than the whole corn — it’s concentrated protein. We’re producing better meat, which goes right into the food chain.

It’s not your low-wage jobs that these ethanol plants have brought in. It’s high skilled jobs, from the labor to the management.

Every generation is getting further and further removed from the farm. They may have had grandparents that grew up on a farm, but how many have been through that now? So it’s tough to get young people to come back. But the ethanol plant is doing just that.

What sets ACE apart? They’re coming more from the human aspect – the grass roots. We all need to do our part, but it’s nice to know there’s an organization out there fighting for us.

The ACE DC fly-in, having taken part in that, that was tough because there’s a fine line between promoting and bragging. But after sitting in front of members of Congress, I remember thinking I'm glad I made myself do that.

It’s hard to cross over into being involved — oh, just let the other guy do it all. I honestly waver. But there are sometimes you need to step up to the plate. And once you do, you feel good that you did it. But sometimes you just want to be a farmer.

The “home place,” that’s what we would call the farm. It’s where the family began. You’ve got several generations, they grow up, move on and off. There was that origin. It’s where great great grandma started homesteading.

When you sit back and reflect on your life, that’s where your mind goes. When you think about where you grew up and where your roots are, the home place is where you’ll always be.