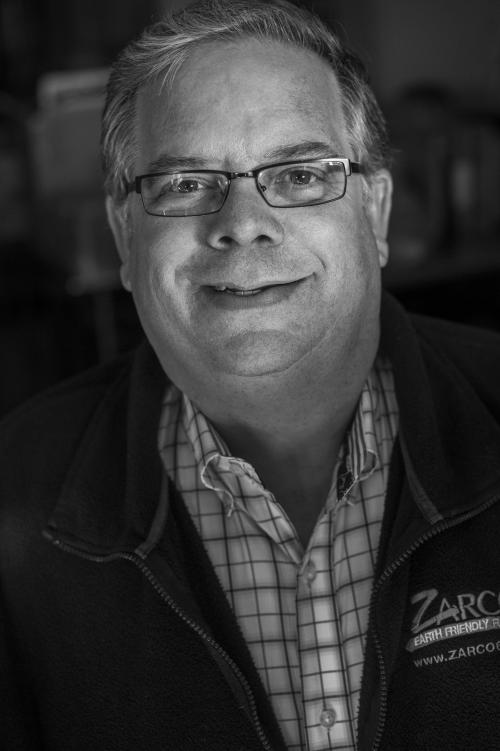 I’m a second generation marketer. The picture on my wall is me standing with my father inside the tap wagon in 1969. I’ve been doing it for a long time, so watching the evolution is interesting to see what opportunities are out there today.

What we’ve been through, in the past 40 plus years, really drove me to look for an alternative and look for something that we can do different. And with that, alternative energy like ethanol and biodiesel would be key to our company.

Being able to put E15, E85 in a retail location is a slam dunk and that’s because we’ve spent the last seven years going through what has been the difficult part.

We know exactly what to do, what needs to be done; there’s a checklist out there, very simple, very easy, all you must decide is, ‘do I want to have another product, do I want something that’s going to gain market share for me, am I going to have something that’s different?’.

And we’ve found most dispensers, lines and tanks in the U.S. are already E15 compatible. One of the two manufacturers of the fuel dispensers sent me a letter just six months ago explaining that every dispenser they’ve ever manufactured is compatible with E15.

Tens of billions of gallons and tens of thousands of customers and we’ve not had one substantiated claim, and when we look back at the number of claims we’ve had in the past seven years, I’ve had three. One was for biodiesel and two were ethanol claims that were proved to be false.

You know, the risks for putting in blenders are very limited, it’s a lot of propaganda. And it’s amazing how many people listen to someone saying that there is a fire when there is none. And so, it’s like walking into a theater and yelling fire, but we don’t have an issue or there is no issue with higher blends of ethanol, E15 and above, if those are placed in the proper vehicle.

We’ve never had any problems at all. Never, at any of our stations, have we had customer complaints or issues. You know what we have received? Comments about how higher blends are giving them better mileage, and so we’ve got more comments about higher mileage with alternative blends than we have with damage.

Percentage-wise, for all locations, we’re moving between 30 and 35 percent ethanol blends and higher ethanol blends, so that continues to grow. We’re growing every day, and we are seeing these numbers continuing to increase as we educate the public.

Well, you know ethanol volume; it depends on what we are selling and what the season is for E85 and E15. Prior to 2012, we blended all our fuels and so we blend everything from a base stock up. And that ceased in 2012, when the terminals decided that they were not going to allow us to purchase base product so we can’t buy product financially. (Because), you can’t buy a product that doesn’t have ethanol in it. The big picture is great, but in our case, we’re not going to be able to blend all the products, so today, we blend up to E15, E30 and E85.

When we made the decision to move from premium to E85, we had the facility and the equipment, had everything we needed to put E85 in, and also E15. Our decision was, ‘what do we think of our volume if we are going to be premium compared to E85?’.

And that’s been a great decision because we’re doing three to four times more E85 than premium, and so, not only are we bringing separate transportation energy to our community, but we are having much higher volumes of those products that only have the opportunity to build where premium did not. Premium is a dying product and so that helped us tremendously and we were looking at the financials; we said this makes sense.